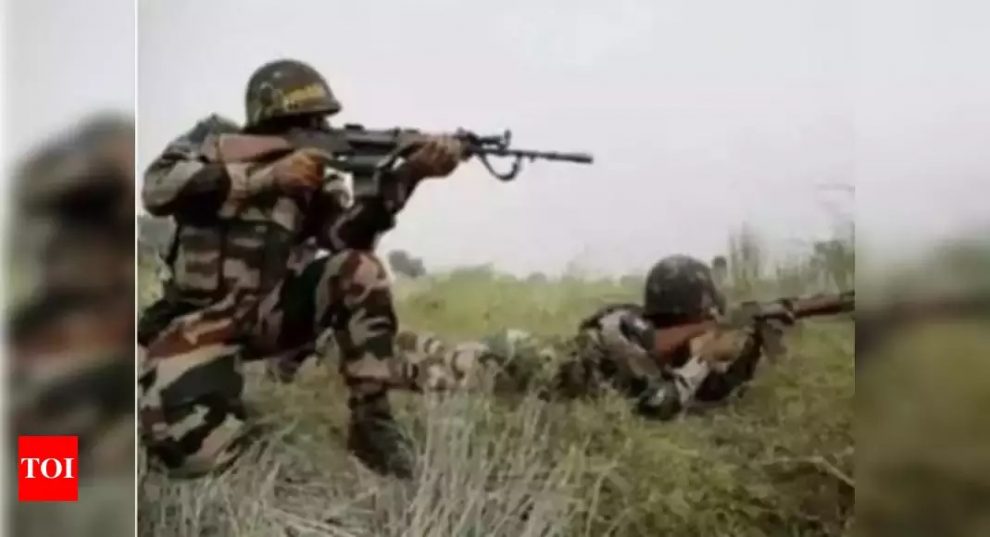 JAMMU: A 45-year-old civilian was injured in heavy overnight mortar shelling by Pakistan Rangers along the International Border (IB) in Kathua district of Jammu and Kashmir, officials said on Tuesday.
Bodh Raj suffered splinter injuries when a mortar shell exploded near his house in Manyari area of Hiranagar sector in the early hours of the day. He was shifted to sub-district hospital Hiranagar and discharged after treatment, the officials said.
The shelling and firing from across the border in Manyari and adjoining villages started at 9.35pm on Monday and continued through the night, prompting strong and effective retaliation by Border Security Force (BSF) personnel guarding the border, they said.
A woman, Rekha Rani also fell unconscious and several houses were damaged due to heavy shelling by Pakistan, which created panic among the border residents who were forced to spend the night in underground bunkers, they said.
The shelling ended around 5 am, the officials said, adding that the casualties suffered by Pakistan was not known immediately.
Pakistan has intensified shelling in Manyari and adjoining villages of Hiranagar sector over the last week to stall some construction work being undertaken by the BSF to strengthen counter-infiltration grid, the officials said.
Meanwhile, a defence spokesperson said Pakistan also initiated unprovoked ceasefire violation by firing with small arms and shelling with Mortars along the Line of Control (LoC) in Mendhar sector of Poonch district on Monday evening.
“The firing and shelling started around 8.15 pm and lasted for several hours,” the spokesman said, adding that the Indian army retaliated befittingly.
There was no report of any damage on our side, the spokesperson further said.