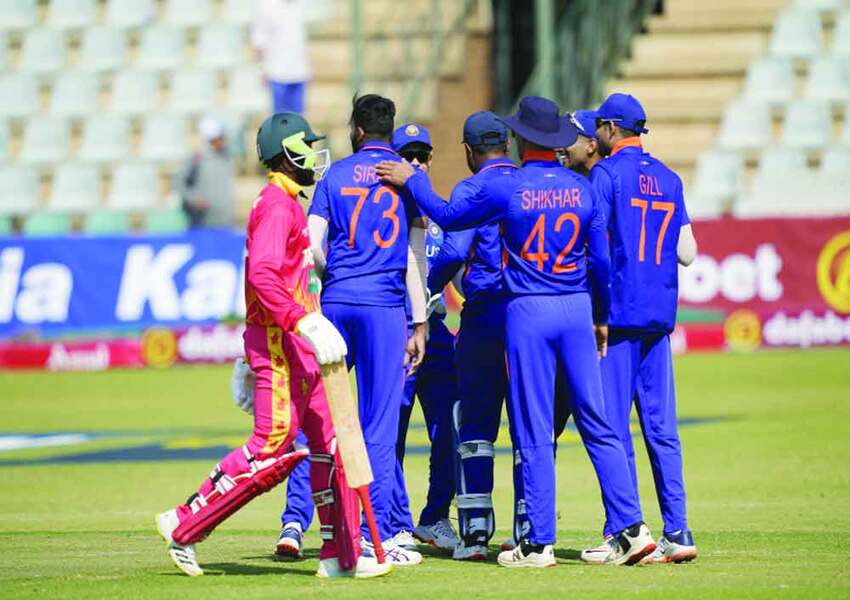 A fancied Indian team is a shoo-in to complete a 3-0 ODI series sweep against a Zimbabwe side that has been struggling to put up even a semblance of a fight.

Having done exceedingly well to not just turn up but trump their hapless opponents on all fronts in the preceding two matches, India will enter the third and final ODI knowing well that the script is unlikely to change at the Harare Sports Complex on Monday.

This will translate to the visiting team getting yet another opportunity to carry out experimentation keeping the bigger picture in mind, i.e, next year’s ICC World Cup.

Stand-in skipper KL Rahul has done quite well to keep the players motivated enough to go out in the middle, grab the chances with both hands, and cement their places in the side that is gearing up for big battles in the coming times.

There is no doubt that they have not faced the kind of examination that would have helped them develop further as cricketers, but those who are looking to get a longer run at the top level would certainly not mind the experience.

If the 161 all out in the second game is any evidence, the home team continues to look for a quick fix to its batting woes, while the bowlers are also not able to trouble the Indian batting line-up that has some of the top ODI players in its ranks. For proof, one can take a look at Shikhar Dhawan’s statistics in the 50-over format.

The extremely talented Shubhman Gill should not be be content with whatever he has achieved so far on the tour, and will certainly look to have another go at the Zimbabwe bowlers.

The move to promote himself up the order did not work in the second match but that will not deter Rahul from trying it out one more time.

His stay at the crease in the second ODI lasted just nine balls as he could score just one run off five balls.

In the absence of the front-line bowlers, this attack has performed extremely well and showed what it is capable of, and the quality of opposition is no reason to undermine the efforts of committed people like Deepak Chahar, Mohammed Siraj, Shardul Thakur, Prasidh Krishna and Axar Patel.

Among the batters, Ishan Kishan, if he gets another chance to bat, will look to overcome the failure of the second game with a good knock.

After the 10-wicket drubbing in the series opener, Zimbabwe could reduce the margin of defeat in the second ODI, but to ensure a better result they would need to play out of their skins.

Even that may not be enough for the beleaguered hosts, but they would do well to promote Sikandar Raza and Sean Williams, Zimbabwe’s best batters for some time now, in the line-up.