'Coach thought I won't wake up after having 10 pegs but I scored hundred': Ex-India star ready to quit alcohol for job - Govt.in - Telling the truth- always! 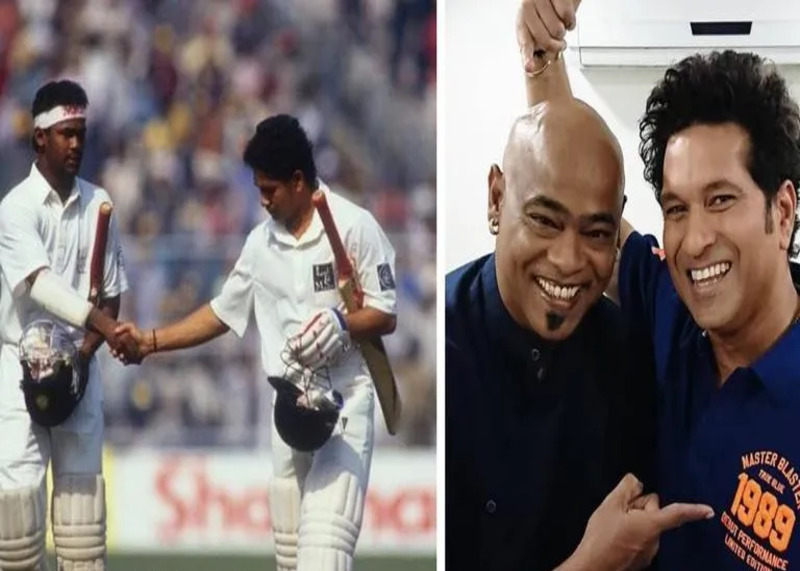 At 21 years and 32 days, Vinod Kambli became the youngest Indian – and third on the list in the world – to score a Test double hundred. It came against England in 1993 at his home ground in Mumbai. Nearly three decades later, his record is still intact. That’s not the only untouched Kambli record. In 1994, at the same Wankhede Stadium, he became the youngest Indian to reach 1000 Test runs in 14 innings, just one innings more than the legendary Don Bradman and two more than joint-fastest England’s Herbert Sutcliffe and West Indies’ Everton Weekes. Kambli, however, played only a handful of Test matches after that. His Test career, in fact, came to an end a year later.

Despite all this, it wasn’t such a surprise to many cricket fans as to why a batter averaging 54, with four hundreds including two double centuries to his name, ended up playing only 17 Tests. The answer wasn’t simple but it had a lot to do with his flamboyant character and indiscipline.

Now surviving only on the ₹30,000 BCCI pension for retired cricketers and struggling to make ends meet in a city like Mumbai, Kambli is ready to ditch his flashy lifestyle to get work in the Mumbai Cricket Association. The left-hander who once reportedly scored a hundred after having 10 pegs of hard liquor the previous night, is now even ready to quit alcohol and if he lands up a coaching role.

“There are rules and regulations which everyone has to follow. If there are any rules that don’t allow you to do certain things, everyone must follow them. I will stop it [drinking] immediately if told to do so…no problem at all!” Kambli told Mid-day while adding that he is now a social drinker anyway. “Who doesn’t do it,” he asked.

The stylish left-hander who had first shot into the limelight by stitching a record partnership with Sachin Tendulkar in school cricket, said he is ready to help Mumbai cricket in whatever capacity possible.

“I came into the CIC [Cricket Improvement Committee], but it was an honorary job. I went to the MCA for some help. I have a family to look after. I told the MCA many times that if you require me, I am there whether it is at the Wankhede Stadium or at BKC. Mumbai cricket has given me a lot. I owe my life to this game,” he added.