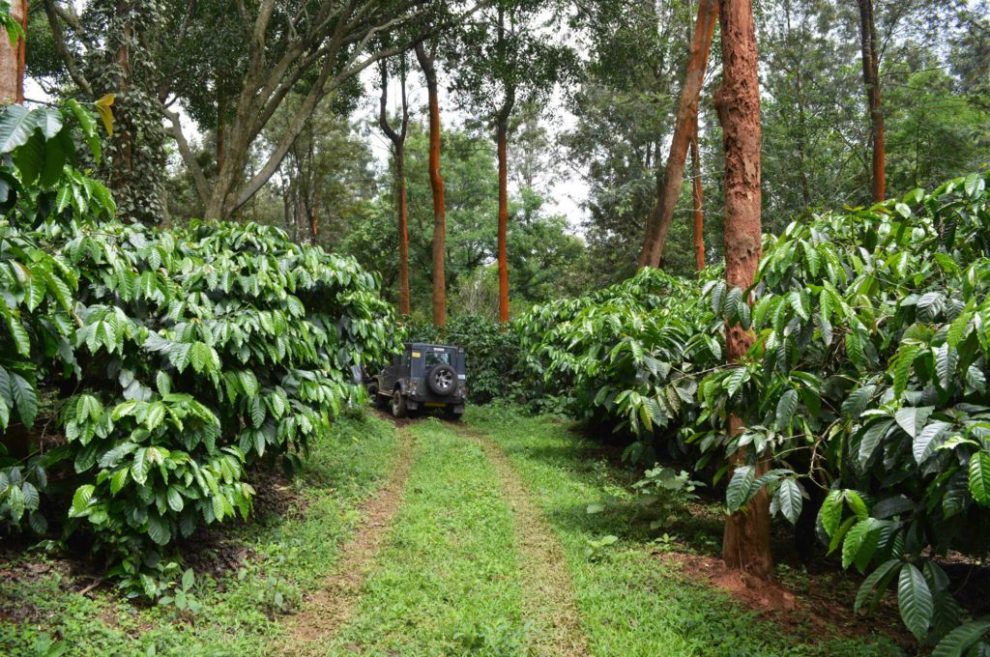 Bengaluru News : Heavy and unseasonal rains since July have led to most of the coffee dropping off the plants, which planters estimate has led to a 30-35% decline in production in the state.

Since 2018, problems for Karnataka coffee growers have only compounded, making it harder to survive on a product whose prices have seen violent fluctuations as it is connected to global markets while internally few factors have changed to help their cause.

Heavy and unseasonal rains since July have led to most of the coffee dropping off the plants, which planters estimate has led to a 30-35% decline in production in the state.

Coffee growers have multiple challenges such as increasing labour costs due to dire shortage, crop damage, landslides, human-animal conflict, unseasonal rainfall, price fluctuations and the recent proposal on eco-sensitive zones in the western ghats among others.

“The rains have been very heavy and prolonged downpour this time and especially high in the Western Ghats region has led to wet-foot conditions and dropping of coffee. The coffee, which is supposed to be harvested by December, is largely damaged and we estimate a 30% loss in crop,” said Bose Mandanna, a coffee planter and former member of the coffee board.

Hassan, Chikmagalur and Kodagu are the biggest growing coffee regions in the country, accounting for 241,650 tonne production out of total 342,000 tonne produced in India.

With at least 70-80% of the total produce exported globally, coffee was among the biggest foreign exchange earning sectors. However, the importance of this sector has declined over the years, especially the booming information technology and related industries which overshadow plantation revenues now.

“Coffee is a commodity where prices are determined at a global level. But having a strong domestic market is an insulation whenever there is a price variation. So, we don’t want to increase domestic consumption because our coffee is regarded as very high quality and has good demand in the international market. But if there is a bumper production in Brazil and Vietnam, the prices will collapse. At that time, the farmers should not feel that they have suffered a huge loss. That time having a strong domestic market is very important and the coffee board is balancing both,” said KG Jagadeesha, CEO & secretary of the Coffee Board of India.

In 2018, 39 villages near Madikeri and Somwarpet experienced several landslides as the downpour wreaked havoc in several parts of Karnataka, especially Kodagu, that resulted in permanent plantation land loss to over 8,000 people, according to Nanda Belliappa, a coffee planter in Huttihole Post, Madapur village near Madikeri.

Several planters have since gone to court seeking relief for permanent land loss due to landslides which they claim was “not an act of god but certainly was a manmade disaster”.

“The incessant heavy rainfall and the huge amount of water released from the reservoirs causing fluctuations resulted in hydrostatic pressure due to which landslides occurred at various places, more particularly in the 39 villages. The river water had entered the plantation zones that were quite far away from the river bed,” according to a petition filed in (Karnataka High court) in 2020.

Located near Harangi Dam, this belt saw the most amount of devastation, in which over 100 people in the state lost their lives.

Belliappa lost nine acres permanently and received ₹35,000 per acre compensation, which was capped at a maximum of 2 ha (1 ha=2.47 acres) or around ₹1.75 lakh as per the National Disaster Relief Fund (NDRF) norms.

“Around 8,000 planters have been displaced. Totally if you see around 900 ha are lost. We are demanding that we be given the same compensation when the government acquires land for roads or other developmental works. On that basis, if we have lost land, the government has to compensate on that level which is normally three or four times the guidance value,” Belliappa said.

Jagadeesha said: “NDRF norms are the same for all farmers as it does not differentiate between coffee or arecanut or anyone else. The compensation is paid at ₹36,000 per hectare for crop loss. For land loss it is a bit more. But the compensation which is paid to a paddy or agricultural farmer or ragi or jowar or coffee is the same. The demand by coffee growers is that plantation crops are different. Even in the (coffee) act, a small coffee grower is classified as 10 hectares whereas it is only 2 hectares. So, they are asking if compensation can be done up to 10 ha.”

He said post the 2018 landslides, a committee under the Karnataka chief secretary did send recommendations to the union government at least three times but are yet to hear back from the Centre.

“The committee unanimously recommended that the compensation be increased from ₹36,000 to ₹72,000 and the 2ha limit be increased to 10 ha. That recommendation has gone, but we have not heard anything. We have written three to four times from the coffee board. We are in favour of giving more compensation to coffee growers because the investment is more,” he said.

The union government has proposed to replace the 80-year-old Coffee Act with the Coffee (Promotion and Development Bill) 2022 that is expected to come up in the next session of Parliament. “These are very old laws and the idea is only to simplify them, make it easier to do business, ensure that the small people in the different areas like coffee growing, tea growing do not have to suffer from high levels of compliance burden,” Piyush Goyal, the minister for commerce and industry, had said, PTI reported in July.

Among the changes proposed in the new act is the shifting of coffee from the commerce and industries department to agriculture, which, it believes, would give the planters all the benefits from significantly large agricultural schemes.

But, how does this impact coffee growers?

Planters, who spoke to HT, said there was definitely more money and funds in the agriculture department, but fear that coffee would not be treated as a priority when compared to other crops such as paddy, wheat and others. They also said coffee requires officials with expertise in the subject.

“The situation today is that even after cultivating coffee under shade for about 170 years, we are still not globally recognised as shade-grown coffee. These are the things that the coffee board needs to do. The moment the shade is more, our yield productivity will come down to the tune of one-third of what Brazilians do. They have open field cultivation. Coffee boards need to promote, they should certify and see to it that sustainable activity which is practised in the coffee industry gets recognised globally,” said Vishwanath KK, an executive member of the Codagu Planters Association.

Vishwanath said the Indian council of agricultural research must do the research and the commerce ministry should focus on trading, promotion and other commercial activities. “The coffee board served its purpose. The last 20 years there is a clear disconnect between the farmers and the board and the research. Now, there has to be an opportunity for the commodity to take it to the next level,” he said.

Jagadeesha said the proposed coffee act is scheduled to come up in the next session of Parliament, but added that the proposal to change from commerce and industry department to agriculture will make no difference on the ground.

“One of the reasons is since the agricultural department has a bigger budget, the farmers may benefit from this. That too is only an expectation,” he said. However, he said this proposal has not moved on paper and since coffee was export heavy, it will remain with the commerce and industries ministry.