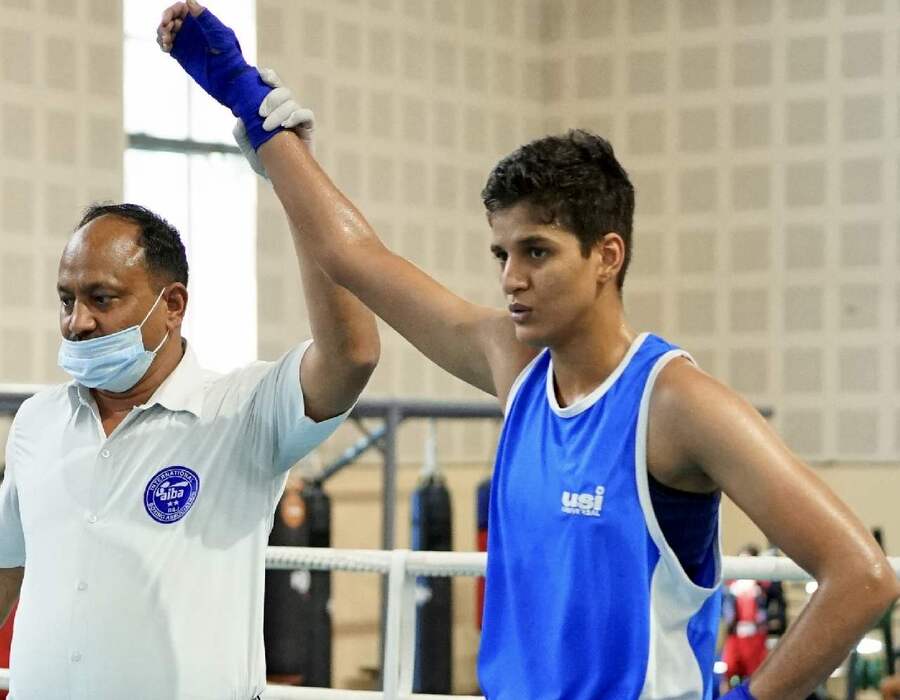 Indian boxer Jaismine Lamboria has set her goals clear after her campaign in the Commonwealth Games 2022 in Birmingham. On Saturday, August 6, Lamboria won the bronze medal in the women’s 60 kg Lightweight category. The 20-year-old boxer lost to England’s Gemma Paige, who won the match 3-2 after a split decision worked in her favour.

Paige was the favourite to win the match, but Lamboria made her work hard for every single point. In the end, Lamboria threw the towel and Paige qualified for the final. After her campaign in Birmingham, the Bhivani-born Lamboria talked about doing well in the Asian Games and also qualifying for the Paris Olympics in 2024.

“I started pursuing boxing in 2016. The Asian Games are slated for next year. Will have to qualify for the Olympics, too. Would be preparing for that,” Lambodia was quoted as saying in ANI.

The Asian Games was earlier scheduled to take place this year in the city of Hangzhou in China, but had to be postponed due to issues surrounding the COVID-19 pandemic.

The tournament will now take place from September 23 to October 8, 2023 as decided by the Olympic Council of Asia (OCA).

“The OCA thanks HAGOC, the Chinese Olympic Committee, as well as the governments at all levels for ensuring they (Asian Games) can take place next year,” the OCA had said in a statement.

As far as Jasmine is concerned, she also became the 30th Indian to win a medal at the CWG 2022. Mohammed Hussamuddin, Amit Panghal, Sagar Ahlawat, Rohit Tokas, Nitu Ghanghas and Nikhat Zareen are among the other boxers to win medal in the multi-sport tournament.