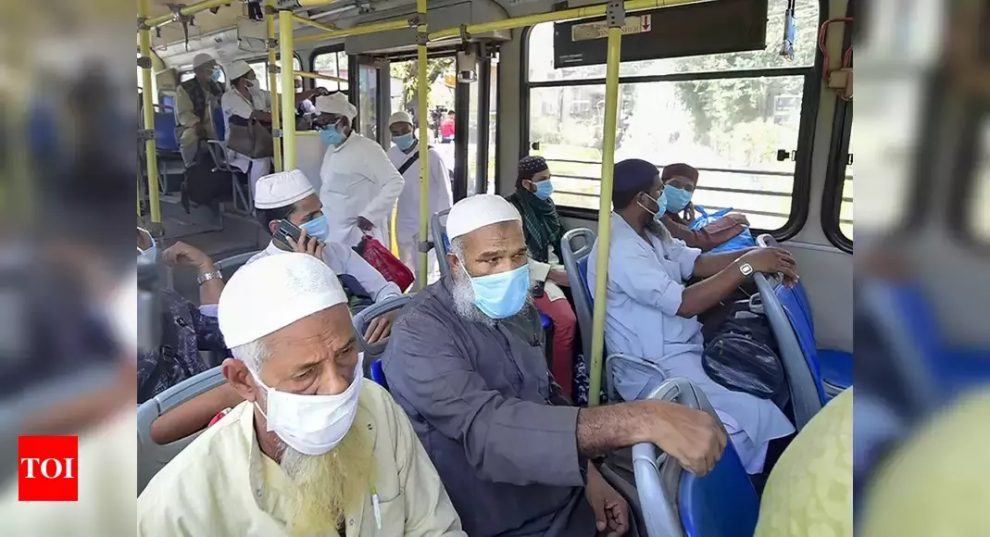 NEW DELHI: Cabinet secretary Rajiv Gauba on Wednesday asked the states to complete the contact tracing of all Tablighi Jamaat participants on a war-footing, citing the risk it posed to efforts for containment of COVID-19.
In a meeting held via conferencing with state chief secretaries and police chiefs, Gauba asked the state police to initiate action against foreign Tablighi Jamaat preachers for having violated their ‘tourist’ visa conditions by indulging in ‘missionary’ work. They were also advised to take action against organisers of the Tablighi conferences/sermons in their respective jurisdiction.
Gauba sensitised the state chief secretaries and DGPs about the intensive contact tracing of Tablighi Jamaat participants, which included 824 foreign preachers who have been on tour across several states and could be suspected carriers of COVID-19 virus. This list of 824 was prepared on March 21 and shared with the states after some COVID-positive cases in Karimnagar were traced to Tablighi Jamaat, followed by further advisories on March 28 and 29 asking states/UTs to locate, screen, quarantine and, if need be, hospitalise both foreign and Indian Tabligh Jamaat participants.
The home ministry had on Tuesday said around 2,137 Indian Tablighi Jamaat members had been located and screened so far.
Apart from 824 foreign Tablighi Jamaat workers on preaching duty in various parts of the country, 216 foreign nationals had been staying in the Nizamuddin Markaz. In addition, over 1500 Indian Tablighi Jamaat workers were also lodged in the markaz while around 2100 were touring different parts of the country for missionary work.
The Cabinet secretary on Wednesday asked the states to implement the PM Garib Kalyan Yojana within the next week. This shall involve large cash transfer to beneficiaries and should be organized in a staggered manner to ensure social distance, Gauba directed the chief secretaries.
The meeting noted that the lockdown was being implemented effectively all over the country. The states were asked to ensure that intra-state movement of goods is allowed without any hindrance, while maintaining social distance.
The manufacturing of essential goods and maintenance of their supply chains should be ensured, Gauba told the chief secretaries.

Hydroxychloroquine for health workers and contacts of COVID-19 cases; not for everyone: ICMR
569 participants of religious discourse in Nizamuddin found in UP state: Official