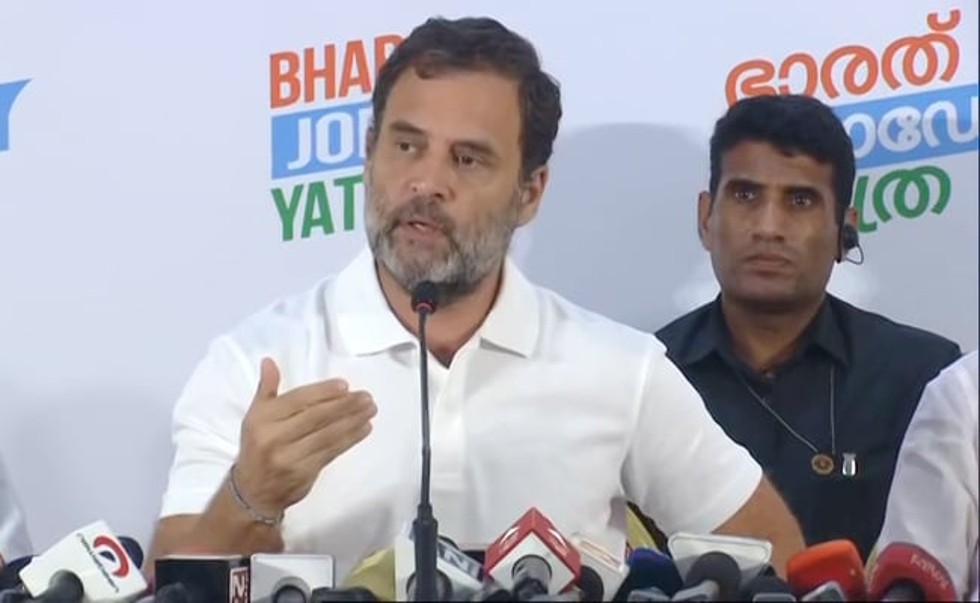 Ernakulam, Kerala: Calling the position of the Congress president an “ideological post”, Rahul Gandhi on Thursday advised the leader succeeding Sonia Gandhi in the poll to remember that he “represents a set of ideas and belief system and vision of India”.
Answering a question during a press conference on the 15th day of the Bharat Jodo Yatra here, Mr Gandhi said, “You are taking on a position. It’s a historic position that defines and has defined a particular view of India. It is not just an organisational post. The Congress president is an ideological post, it is a belief system. My advice would be whoever becomes the president should remember that he represents a set of ideas and a belief system and a vision of India.”

This comes amid the reports that the Wayanad MP is not likely to run for the poll scheduled to be held on October 17, the results of which will be announced on October 19.

The speculations of Rajasthan Chief Minister Ashok Gehlot, who is considered close to the Gandhi family, being in the fray are also doing rounds, with Shashi Tharoor also getting a clear nod by Sonia Gandhi to contest the poll.

Taking a veiled jibe at the Bharatiya Janata Party, Mr Gandhi today said that Congress is fighting a “machine” that has “captured the institutional framework” of the country.

“We are fighting a machine that has captured the institutional framework of this country and has unlimited money, unlimited ability to pressurise, buy and threaten people. The yatra is designed to tell the people of India that they need to be united and need to go back to an India that was loving and affectionate to itself,” he said.

Rahul Gandhi, who was earlier reported not to return to the national capital in the middle of the yatra, will now come back to Delhi tonight, according to the sources.

Notably, the nomination for the post of Congress president kickstarts from September 24 and will conclude on September 30.

Earlier today, the Bharat Jodo Yatra led by Rahul Gandhi entered its 15th day and is scheduled to enter the Thrissur district of Kerala this evening.