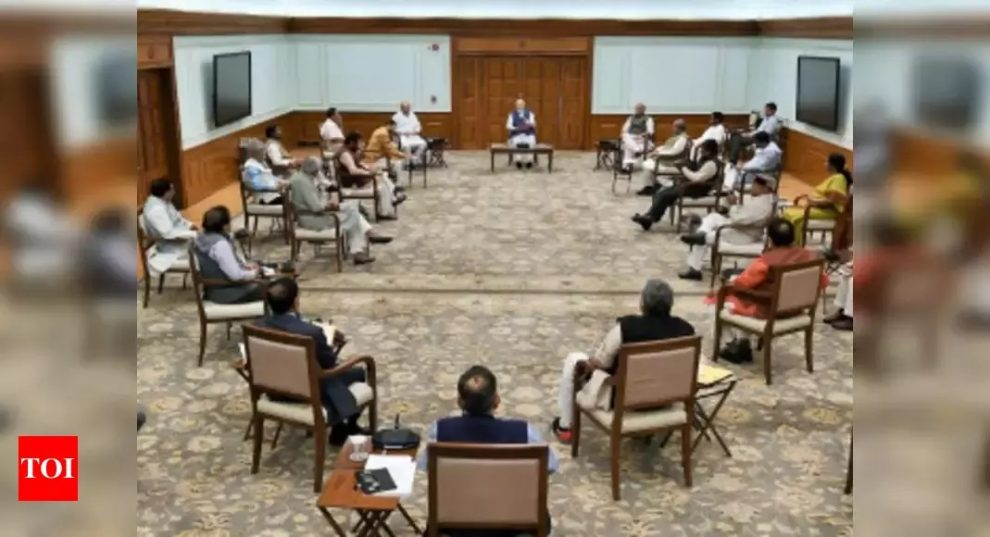 NEW DELHI: Congress on Monday welcomed the cabinet’s decision to reduce salaries of members of parliament to tide over the financial crisis triggered by the coronavirus pandemic, but said the government must revisit its decision to suspend MP Local Area Development funds for two years and pool them into the Consolidated Fund of India.
Congress Rajya Sabha MP Ahmed Patel welcomed the salary cut but said the government should scrap the Central Vista redevelopment project and all other non-Covid-19 publicity expenses.
Congress MPs also said suspending MPLAD funds would undermine the role of an MP and rob their constituents of funds necessary for their development. Referring to the suspension of MPLADS as an “overstretch” that needs to be restored, Manish Tewari said this was a knee jerk reaction much like the sudden lockdown and that it will hurt the poor. “Hon’ble PM Modi – As an MP who represents a predominately rural constituency I fully support the 30 pc cut in my salary. However the suspension of MPLADS is a bit of an overstretch,” he said.
Trivandrum MP Shashi Tharoor echoed the party view on the decision to cut salaries and pensions but said ending MPLADS funds for two years is “problematic”. “An order to earmark all MPLAD spending for Covid-19 related measures would have been okay. I used mine to get urgently-needed rapid test kits and PPE to Thiruvananthapuram’s health workers,” Tharoor said on Twitter.
Congress MP Manicka Tagore also said the unilateral decision by the government, without due consultations with MPs, appeared politically motivated and that though Congress stood with the government in combating coronavirus, the government should reconsider its decision keeping in mind its impact on the development needs of MPs’ constituencies.
Similar sentiments over the cancellation of MPLADs were expressed by NCP MP Supriya Sule and RJD MP Manoj Jha, both of them asking whether the government could offer an assurance that funds taken away from their MPLAD quota would be spent in their constituencies.
Congress MP Jairam Ramesh, however, welcomed the government’s decision on MPLADS. “I welcome the decision on MPLADS. I have been arguing for long that the approximately Rs 7000 crore given to MPs & MLAs annually for development works should be used as a corpus for State funding of elections,” Ramesh said.