Construction of Ram temple to be over by December 2023: Ayodhya Trust - Govt.in - Telling the truth- always! 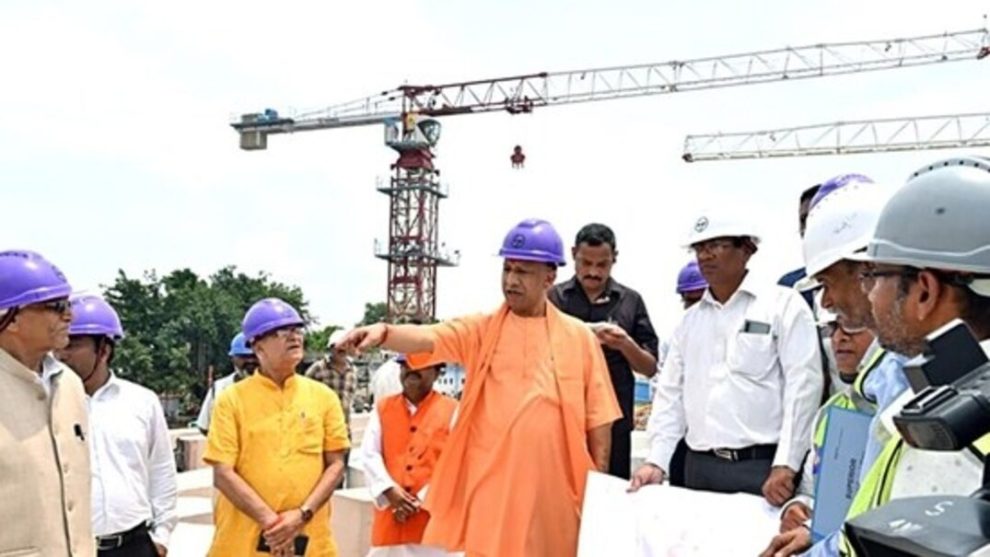 Lucknow News : The construction work is going on at a good pace and the temple will be ready for ‘darshan’ by devotees in December 2023.  File image of Uttar Pradesh chief minister Yogi Adityanath inspecting the Ram Temple’s construction site.

Shri Ram Janmabhoomi Teerth Kshetra general secretary Champat Rai here said the construction of the Ram temple in Ayodhya will be complete by December next year.

People will be able to have a glimpse of Ram Lalla at the grand temple then, he said at a function held to mark Raksha Bandhan on Friday.

“Since Sultanpur is close to Ayodhya, I am extending an invitation to people of this place to have a ‘darshan’ of Shri Ram Lalla next year in December,” he said.

The construction work is going on at a good pace and the temple will be ready for ‘darshan’ by devotees in December 2023, he added.

Rai claimed not iron is not being used in the construction work and the design of the temple is such that people will be amazed by it.

The Shri Ram Janmabhoomi Teerth Kshetra is a trust that has been set up by the Centre for the construction of the temple.