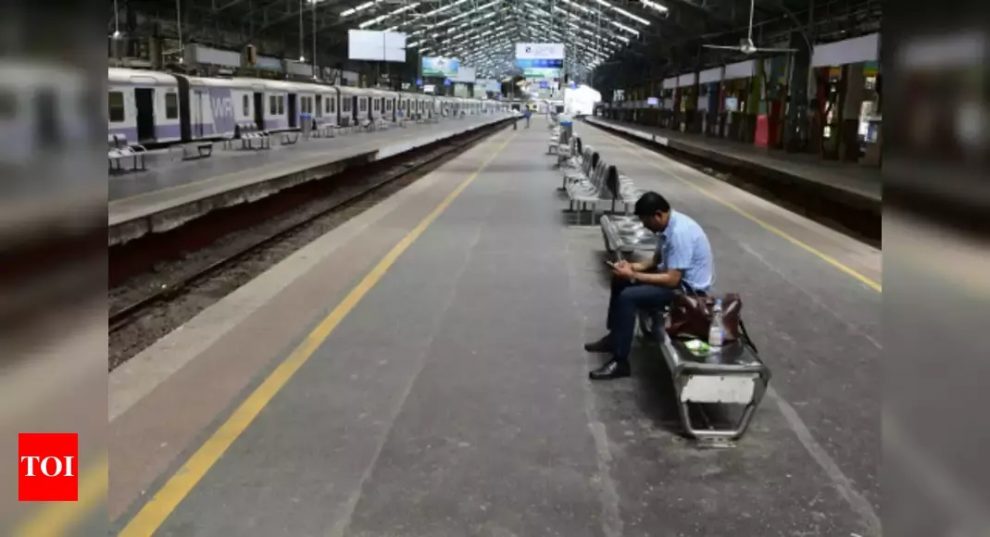 NEW DELHI: All inter-state buses, passenger trains and metro services have been suspended across the country till March 31 while 75 districts where coronavirus cases were reported completely locked down as authorities undertook extraordinary measures to check the spread of the disease.
The decisions were taken at a high-level meeting of chief secretaries of all states and the cabinet secretary and the principal secretary to the prime minister, officials said on Sunday.
The districts where lockdown was announced are from states that include Uttar Pradesh, Maharashtra, Punjab, Karnataka, Tamil Nadu and Kerala. State governments will issue orders allowing only essential services to operate in these 75 districts with confirmed COVID-19 cases or casualties, a Union Home Ministry official said.
More on Covid-19
The officials stressed that these steps were vital to end the chain of transmission.
It was agreed that there was an urgent need to extend the restrictions on the movement of non-essential passenger transport, including interstate transport buses, till March 31 to contain the spread of the deadly COVID-19, they said.
It was noted that several state governments have already issued orders in this regard. All the chief secretaries informed that there was overwhelming and spontaneous response to the call for ‘Janta curfew’ given by Prime Minister Narendra Modi.
The state governments may expand the list depending on their assessment of the situation.
In the meeting, it was decided to suspend all train services till March 31, including sub-urban rail services. However, goods trains are exempted. All metro rail services were also suspended till March 31, the officials said.
The railways announced suspension of all its 13,523 passenger services from March 22 midnight to March 31 midnight and said only goods trains will run during the said.
The suspensions also include all suburban train services.
The railways reported three incidents on Saturday, where people asked to remain in quarantine were found travelling on trains. Of those detected in the three instances, 12 tested positive for COVID-19.
The railways had already trimmed down its services on Friday by cancelling a majority of trains. However, it had allowed all trains that had already started the journey to continue.
“No train except goods trains will run till 2400 hrs of March 31. However, a bare minimum of suburban services and the Kolkata Metro Rail service will continue to run till 2400 hours of March 22. Thereafter, these services will also be stopped till 2400 hours of March 31,” a spokesperson of the Indian Railways said.
The trains that had already commenced their journey prior to 4 am on March 22 will run up to their respective destinations, the railways said, adding that adequate arrangements would be made for the passengers during the travel and at their destinations.
“To ensure the essential supplies in various parts of the country, movement of goods trains will continue,” the Railway Ministry said in a statement.
It added that passengers could claim a full refund for all trains cancelled in this period till June 21.
“The railways has found some cases of coronavirus-infected passengers in trains, which makes train travel risky. Avoid train travel as you may also get infected if your co-passenger has coronavirus. Postpone all journeys and keep yourself and your family safe,” it said.
The total number of novel coronavirus cases in India rose to 341 while the death toll climbed to seven on Sunday.
Millions of people across the country stayed indoors and streets wore a deserted look on Sunday following Prime Minister Narendra Modi’s appeal for a ‘Janta curfew’ to contain the spread of the novel coronavirus pandemic, which has claimed over 13,000 lives worldwide.

Janata Curfew: People across nation clap, ring bells to unite in fight against coronavirus
‘My dog is my family’: Pet owners respond to misinformation around coronavirus