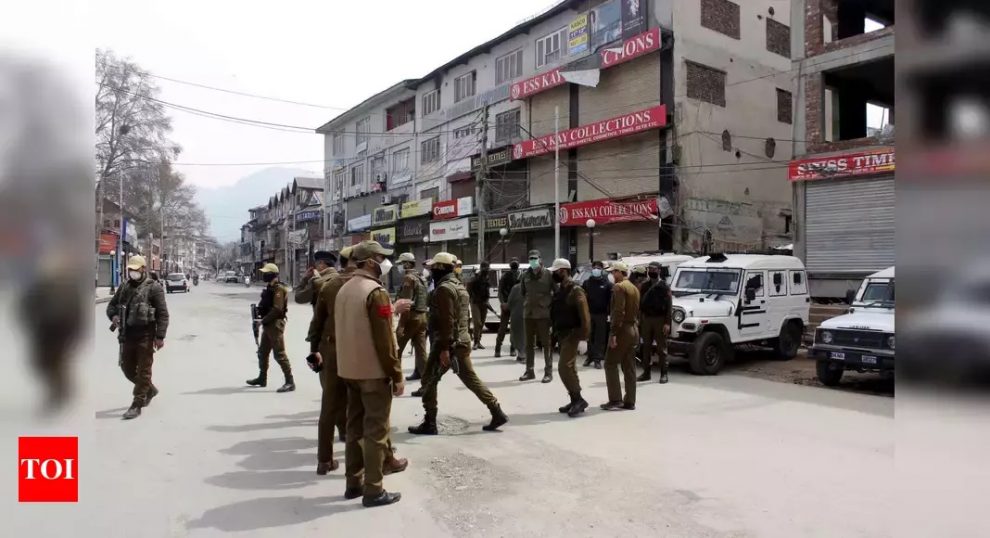 SRINAGAR: Authorities in Kashmir on Monday started enforcing a lockdown to help check the spread of coronavirus in the valley. Police vehicles fitted with public address systems went around residential areas in the city and elsewhere in the valley early in the morning to announce that restrictions under CrPC Section 144, barring assembly of people, had been imposed.
People were requested to stay indoors and not venture out unnecessarily.
The union territory administration in Sunday announced a lockdown across Jammu and Kashmir till 31 March as part of its efforts to curb the spread of coronavirus.
People associated with 16 essential services, including healthcare, have been exempted from the restrictions.
Markets across the valley were shut and public transport was off the roads with only pharmacies and groceries allowed to open, officials said.
Train services have already been suspended till 31 March.
Educational institutions across Kashmir have been closed, while all public places, including gymnasiums, parks, clubs and restaurants, have been shut down.
More than 1,100 residents of Kashmir, who returned to the valley from various countries, have been placed under quarantine at various makeshift facilities set up by the authorities.
Senior healthcare officials have advised people not to travel into the valley or out of Kashmir for the time being as it was unsafe.
“Not advisable. Please stay at home wherever you are,” Principal of Government Medical College Samia Rashid wrote on Twitter. She was asked if it was advisable for Kashmiris living on other parts of India to return home.
The authorities have had a harrowing time in trying to convince the people coming from coronavirus-affected countries to stay in quarantine facilities set up by the government.
Several travellers have either avoided travelling by air from Delhi or faked their travel history to avoid being quarantined.
“Medical, IT and surveillance teams were able to track on Sunday 29 people coming from Bangkok, UK, Dubai, Bangladesh, Kazakhstan, etc. who skipped medical teams by changing routes or avoiding travel history,” Deputy Commissioner of Srinagar Shahid Iqbal Chaudhary said.
Restrictions were first imposed in many parts of the valley on Thursday to contain the spread of the virus infection. The measures were taken after a 67-year-old woman from Khanyar area of the city, who had returned on 16 March from Saudi Arabia after performing Umrah, tested positive for COVID-19 infection.
So far, the valley has registered only one positive case of the infection.

Intensified Protest Against JNU Hiked Fee Is on Halt