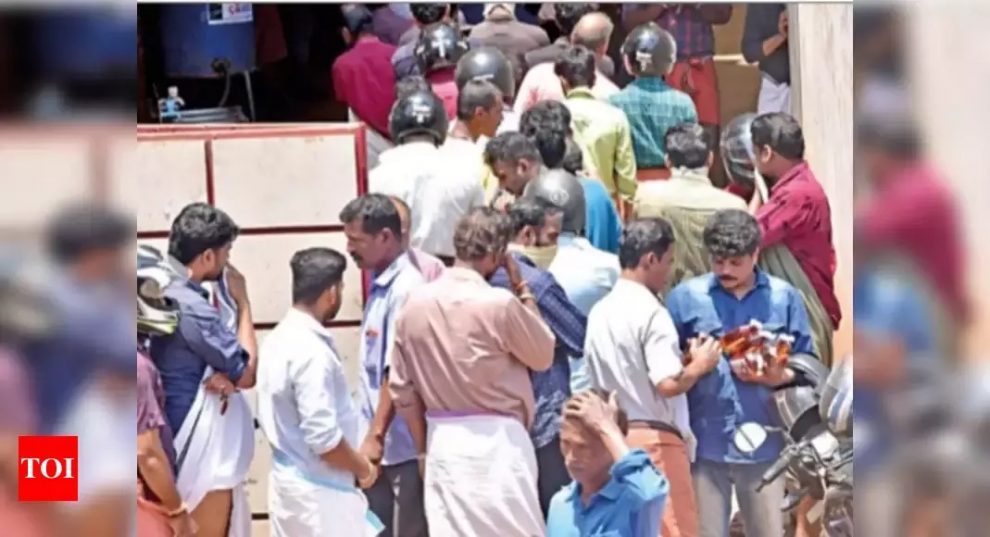 THIRUVANANTHAPURAM: A day after PM Modi announced a nation-wide lockdown, the Kerala government on Wednesday decided to shut down all the liquor outlets of the beverages corporation (Bevco) and toddy shops across the state. Bevco is a state-run liquor manufacturing and distribution company .
The 306 outlets of Bevco had been functioning even after Kerala decided to impose a state-wide lockdown till March 31. With this decision, all liquor selling outlets will be shut at least till the time the nation-wide lockdown is in force. Bar hotels and Bevco outlets were allowed to function because the sector is among the biggest revenue earners of the government.
The decision to allow Bevco to remain open had invited widespread criticism from various quarters.
Meanwhile, excise commissioner S Aananthakrishnan has asked all his department officials to ensure that liquor that is stocked in all Bevco outlets, warehouses, bar hotels and clubs are not misused.

Freed after 232 days, Omar seeks release of everyone else in detention