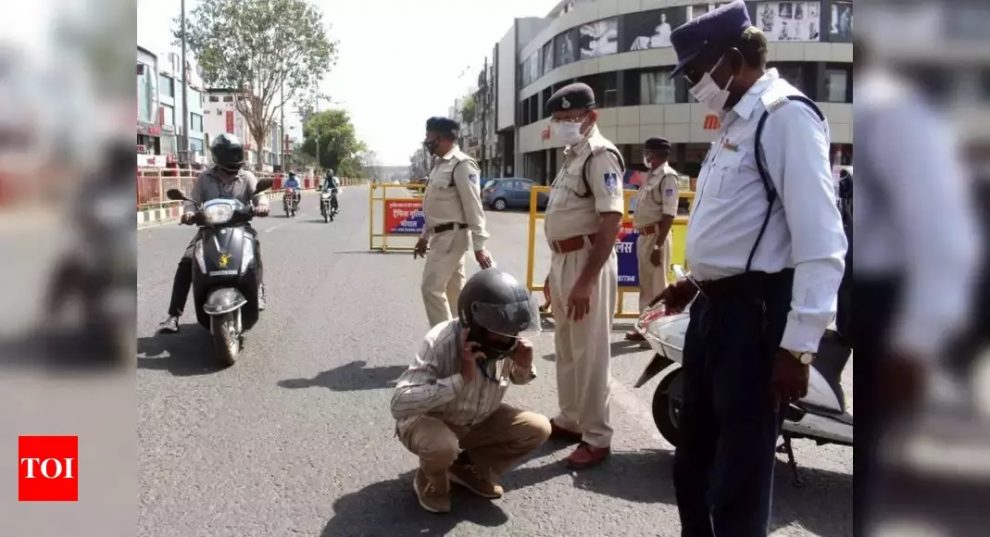 NEW DELHI: The Centre on Tuesday said anyone obstructing its guidelines on complete lockdown of the country for three weeks would be punishable under section 51 of the Disaster Management Act for a term which may extend to one year or with fine or both. The order provides that if the refusal to comply with directions results in loss of lives or imminent danger shall, on conviction, be punishable with imprisonment for a term which may extend to two years.
An order, issued by the home ministry after PM Narendra Modi’s address to the nation, further says that anyone spreading rumour (related to Coronavirus) which turns out to be a false claim, in such cases the authority shall, on conviction, punish such individuals with imprisonment for a term which may extend to one year with fine .
Anyone found guilty of misappropriation of funds meant for relief operation would also be liable for punishment for prison term of up to two years. These guidelines are equally applicable for any government officials found guilty.
The punitive actions under the disaster act also provides for punishing any corporate found guilty of any of the directives of the government during the lockdown period of three weeks, starting midnight of March 24.
As a preventive measure, the guidelines says, no court shall take cognisance of any offence under this act except with the previous sanction of the Central government or the state government, as the case may be. These government authorities have to give a notice of at least 30 days for a case to be instituted.
The disobedience to the order of lockdown, however, invites punishment for a prison term of one month or with a fine of Rs 200. But if it causes public disorder, riot, the prison term may be extended up to six months.

60% of trucks on roads stalled by ‘non-essential’ tag