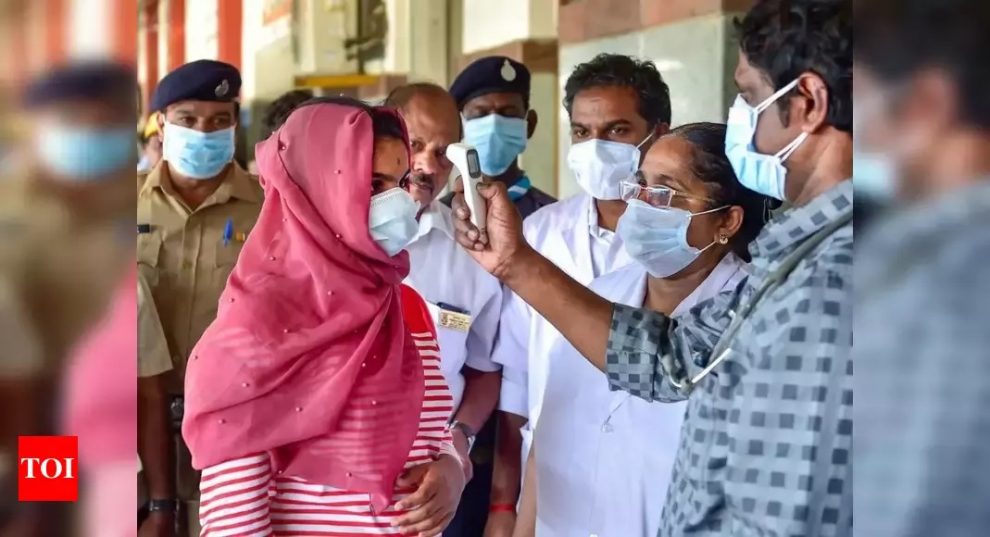 NEW DELHI: After expanding its testing policy to all hospitalised patients with pneumonia or severe flu symptoms, the government said its strategy remained adequate and there was no need for “indiscriminate testing” as isolation and breaking the chain of transmission were the key to containing the spread of Covid-19 in India.
India’s approach to testing will remain largely focused on symptomatic cases with travel history or those who have come in contact with positive cases. The travel history and home or institutional quarantine list is, however, fairly extensive even as all international arrivals have been suspended till March 31 when the situation will be reviewed.
At a briefing on Sunday, the health ministry and the Indian Council of Medical Research (ICMR) maintained that there was no need for panic as government labs had the capacity to test 50,00070,000 samples a week, apart from additional capacity being ramped up in private diagnostic labs. Some 60 private labs have applied for permission, which is being granted. “Indiscriminate testing is not to be done. Isolation, isolation, isolation is the key to controlling spread,” ICMR director-general Balram Bhargava said. India has so far tested over 17,000 samples, of which 360 tested positive till Sunday. At present, it is testing around 5,000 samples a week and the number should rise with the involvement of private labs and wider testing criteria.
Compared to India, other countries are testing more samples and most of them have still failed to stop transmission. According to Balram Bhargava, the US was testing 26,000 samples a week, whereas France was doing 10,000 and the UK was testing 16,000 every week. India’s government sector labs alone could do around 10,000 samples every day, Bhargava said. Bhargava said those who were in isolation and who showed symptoms must be tested.
There remains a possibility that in many cases, as much as 80%, the symptoms do not proceed beyond mild manifestations. Currently, 111 public labs are testing Covid-19 suspects, whereas 60 private labs have applied to ICMR for approval. The council has already started registering these labs, which will expand the network of labs and collection centres significantly. The government has also capped the price for Covid-19 testing at Rs 4500 for private labs, while urging them to do it for free or at subsidised rates.
India has, so far, adopted a conservative approach on testing, maintaining that unnecessary testing will not help but only spread panic and waste resources. In response to a question, Lav Agarwal, joint secretary in the health ministry, said 1,200 ventilators had been ordered.
He also said norms of personal protection equipment were in place and had been recently revised. As per the current testing protocol, all those with international travel history in the last 14 days should be in quarantine and get tested only when they are symptomatic with fever, cough or breathlessness. Besides, all direct and high risk contacts, including those who live in the same household and healthcare workers who came in direct contact of a confirmed case, should be tested once between day 5 and day 14 of coming in contact with a positive case.