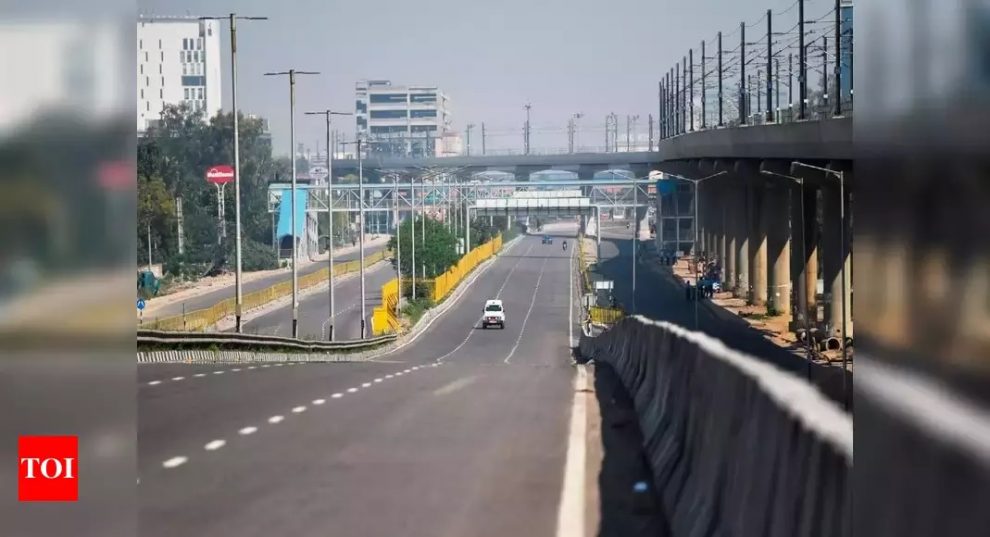 CHANDIGARH: A day after putting seven districts of the state under lockdown, the Haryana government on Monday decided to extend the anti-coronavirus preventive measure to the remaining 15 districts of the state also.
The lockdown for the new districts would be effective from March 24 midnight i.e. night intervening Monday and Tuesday.
“We had ordered lockdown in seven districts as part of containment measures. We have now decided that in addition, this lockdown will be enforced in remaining 15 districts of the state also from March 24,” Chief Minister Manohar Lal Khattar told mediapersons in a “digital” news conference.
He said the inter-state borders will remain sealed and the inter-state bus services too will remain suspended, though all essential and emergency services will stay operational.
The Khattar government had on Sunday announced lockdown for the state’s seven districts — Gurgaon, Faridabad, Sonipat, Panipat, Jhajjar, Rohtak and Panchkula.
The lockdown in the seven districts came into effect at 9 pm on Sunday and was slated to stay operational earlier till March 31.
Now, the entire state will be in lockdown mode till the end of this month, said Khattar, adding the situation will be reviewed on March 31.
The chief minister also announced setting up of a Haryana Corona Relief Fund (HCRF) and appealed people to make voluntary donations to it.
While seeking voluntary donations for HCRF, Khattar also made a donation of Rs 5 lakh from his personal account.
The state has so far reported 12 positive cases that include eight from Gurugram, one each from Panchkula, Faridabad, Panipat and Sonipat, the state’s Health Department said.