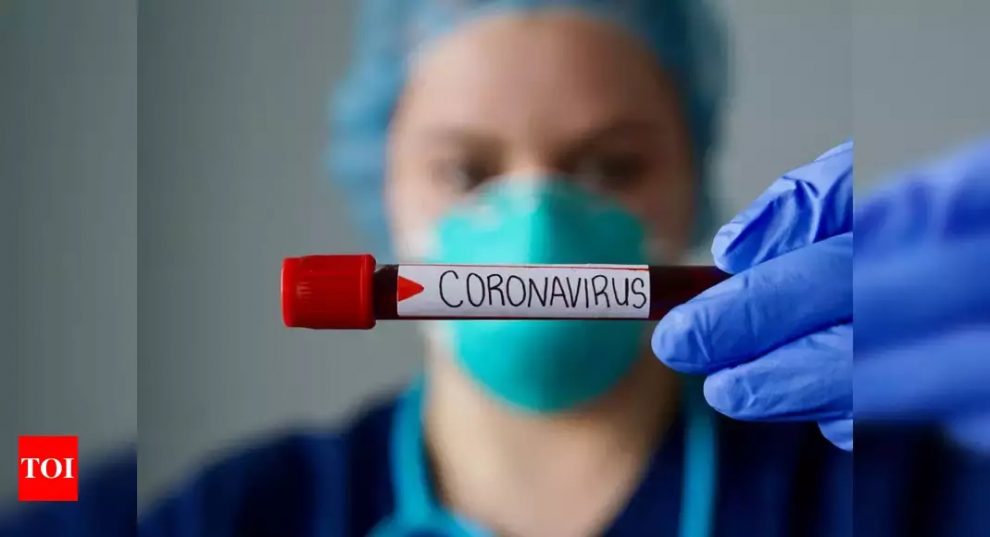 KOLKATA: A 57-year-old man with no foreign-travel history and a 23-year-old woman who returned from Scotland tested positive to Covid-19 within 24 hours in Bengal, taking the total number of confirmed cases here to four. While three of the patients returned to the city from UK, what has set alarm bells ringing within the medical fraternity and the administration is the case of the fourth patient who has no travel history and did not come in contact with anyone with known foreign-travel history.
The man from Dum Dum was admitted at a private hospital in Salt Lake on Monday. He was suffering from fever and dry cough for four days prior to hospitalisation. His symptoms worsened on Thursday to acute respiratory syndrome and he has been on ventilation since.
More on Covid-19
The patient’s swab samples were first sent to SSKM Hospital, where it came out positive. It was then sent for reconfirmation to ICMR-NICED, the nodal diagnostic lab for the entire eastern region, where it again tested positive, Swasthya Bhawan officials said.
Sources at the private hospital where the patient is admitted said the 57-year-old was treated as a suspected Covid-19 patient right from day one and kept in an isolation ward. “The hospital had taken proper protective measures for its doctors and frontline healthcare workers who were dealing with the patient. He is s currently in isolation ICU. His condition is serious” said a hospital source.
The health officials said they are trying to identify family members who had come in direct contact with the patient.
The other patient who tested positive late on Friday night is a 23-year-old resident of Habra in North 24 Parganas. The young woman had recently returned from Scotland, where she is pursuing an MBA course. She followed the instruction at the airport and headed straight to the Beliaghata ID Hospital, unlike the first two city patients who had sought hospitalization after several days at their respective homes raising a scare of transmission.
Now under treatment, doctors said her condition is stable. His father, a friend and the family driver have been kept in home isolation. The two other Covid-19 patients in the same hospital are also stable.

Coronavirus: 40% of cases in India recorded in last 2 days
Boots on the ground: A thousand in search of Kanika’s footprints