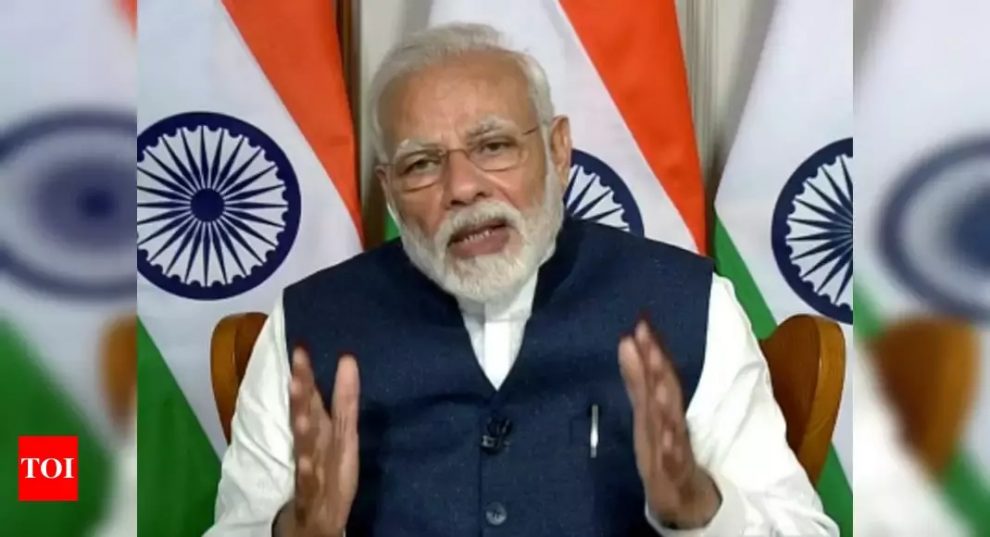 NEW DELHI: As the 21-day lockdown sent people rushing late Tuesday to groceries and convenience stories and triggered panic buying, the PM tweeted, “My fellow citizens, THERE IS ABSOLUTELY NO NEED TO PANIC.” In another tweet, he said, “By converging around shops, you are risking the spread of Covid-19. No panic buying please. Please stay indoors. Centre and state governments will ensure all essentials are available.”
Raju Chhetri, a resident of Patparganj, was among those who had made a dash for the nerabymarket after hearing about the lockdown. He returned home empty-handed. “I visited five shops to buy a packet of atta. I was ready to settle for any brand but they didn’t have a single packet left. The only option was to buy loose stuff of inferior quality,” he said.
The story was the same everywhere — the fear of one’s larder going empty before the lockdown ends.
H ow will a family survive without going out for 21 days? There is hardly anything in most stores. They should have given us some breathing time before announcing such a long lockdown, said Revathy S, a customer at a supermarket in Bengaluru’s Richmond Town.
At 9.25pm, a crowd of shoppers arrived outside a closed DMart outlet at Powai in Mumbai and began arguing with the security guards. They demanded to know why the shutters had been rolled down “so soon”. By 9.30pm, Powai police arrived and placated the residents, saying that DMart would reopen on Wednesday. In several other Mumbai localities, the police made announcements asking people not to panic and assuring them that shops would reopen the next day. CM Thackeray and tourism minister Aaditya Thackeray, too, issued similar appeals. Dadar resident Sushma More said, “I have bought lots of sprouts as it is the best food to stock safely for a month or so.”
The crowd in Bandra’s Pali Market had begun to shrink around 7.30pm, only to swell again at 8.30pm, following the PM’s address. The market was teeming with shoppers till 10pm. In Kolkata, long queues outside shops prompted Bengal CM Banerjee to make a fervent appeal to citizens not to step out and go on a panic buying spree.

Coronavirus: Second death in Delhi, 3rd in Mumbai; slight dip in new cases
Coronavirus: All of India under lockdown for 3 weeks

Help poor if you want to honour me: PM on ‘stand up for Modi campaign’