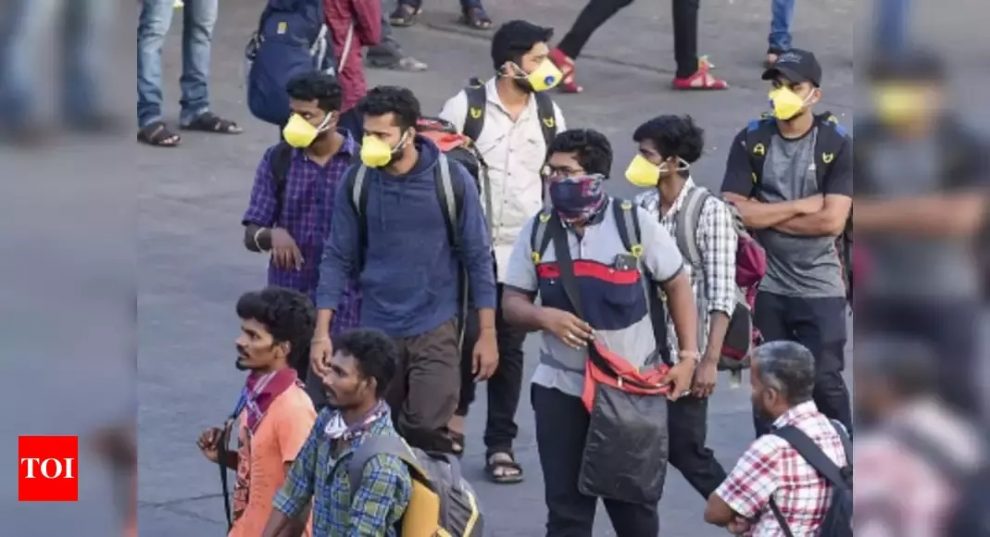 NEW DELHI: The Covid-19 outbreak claimed two more victims, a 65-year-old Mumbai resident and another one in Delhi, even though the rush of new infections slowed a bit to 64 on Tuesday, from 99 the previous day. The total number of Covid-19 cases reported from the states so far is 562. Apart from the lower number of fresh cases, there was also some cheer on the recoveries front.
As many as 48 coronavirus patients have so far been discharged from hospital after treatment, a sharp rise from 35 reported till Monday. As many as eight patients were discharged in Maharashtra. The health ministry recorded a death in Delhi, although the state government denied any knowledge of it.
Sources said a person suffering from acute respiratory distress and heart-related ailments died at Rajiv Gandhi Super Specialty hospital on Tuesday. Mumbai recorded its third coronavirus death Monday night, Brihanmumbai Municipal Corporation said. The victim was a Dubai-based man who had reported to an Ahmedabad hospital on March 15 with a complaint of back pain, and later came to Mumbai.
Meanwhile, there were indications that the virus had spread to the northeast. A 23-year-old girl in Manipur, who had recently returned from the UK, tested positive in the initial test. The result of her confirmation test is awaited.
If confirmed, this would be the first Covid-19 cases in the entire northeast. Kerala recorded the highest number of fresh cases on Tuesday, 14. It overtook Maharashtra as the state with highest number of cases at 109. Maharashtra reported 10 new cases, Karnataka 9, UP 4, three each from Telangana and Tamil Nadu, two each from Bengal and J&K and one from Andhra Pradesh.
The MP government imposed a curfew in Gwalior after two people tested positive, one in the city and another in neighbouring Shivpuri, taking the state’s count to nine. As many as four coronavirus positive cases were reported in UP on Tuesday, taking the state’s total to 37. Three cases were reported in Gautam Budh Nagar and one in Shamli district, officials said.
Of the three Covid-19 positive cases reported in GB Nagar, acouple is from Noida while the third lives in Greater Noida. Health department sources said the Noida patients had no travel history, though they hosted a friend who had returned from London. The patient in Greater Noida had a travel history.