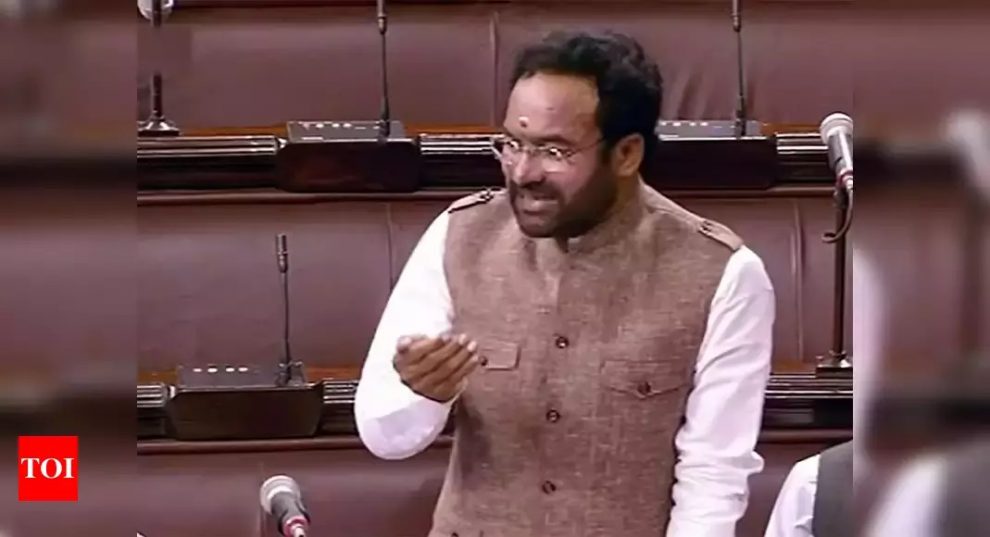 NEW DELHI: Minister of State for Home Affairs G Kishan Reddy on Tuesday urged people to abide by government orders issued to contain the spread of coronavirus as the disease is now spreading to family members of foreign returnees.
People should take the deadly disease seriously and take more precautions because even developed nations like the US are not able to stop the spread of the disease despite having the best of resources and technology, he told media.
As many as 15.24 lakh people have been screened at various airports. Around 69,436 people have been advised home quarantine who are being treated by medical and paramedical officers, he added.
“So far, foreign returnees were infected with the virus. Now, it is spreading to their family members. So, we need to take precautions. People should not take the disease lightly and violate the curbs imposed to ensure social distancing,” Reddy said.
He urged people to follow government orders imposed to stop the spread of the disease.
So far, 32 states and union territories have imposed complete lockdown covering 560 districts, as per official data.
Observing that even developed nations have not been successful in containing the disease, the minister said the number of coronavirus cases in Italy rose from 1000 on February 23 to 63,928 cases in a month.
In the US too, the number have cases risen from 4,000-odd to over 41,000 cases in a month.
“Developed nations with lesser population, good health facilities and best of the resources and technology have not been able to stop the spread of the disease,” he said.
“India being the second largest populated nation in the world with people still living in slums cannot afford to neglect. Therefore, we need to take more precaution,” he added.
He also mentioned that the world war was fought between nations but right now the emergency war each one has to wage is within and we must ensure that our bodies are not infected by the virus.
“This is a bigger war than World War,” he said.
According to the health ministry data updated on Tuesday morning, the total number of Covid-19 cases stood at 492. The figure includes at least 41 foreign nationals and the nine deaths reported so far.

Coronavirus threat should have been taken seriously: Rahul Gandhi
Coronavirus: Puri seeks protection for airline staffers being harassed by neighbours

They will welcome me very soon, says Ranjan Gogoi amid Opposition staging walkout from Rajya Sabha