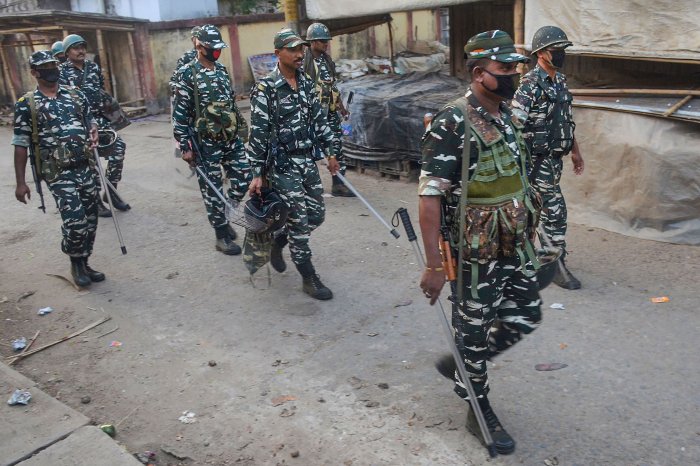 NEW DELHI: Covid-19 cases in border guarding force BSF have climbed to 67, with the maximum reported in a Delhi battalion, deployed in the Jamia area for law and order duties, and from the frontier state of Tripura, officials said on Tuesday.
Thirteen fresh Covid-positive cases have been reported from a force camp in Tripura. These include 10 personnel and three family members (wife and two children) of an infected trooper, a Border Security Force (BSF) spokesperson said.
The number of cases from the border state of Tripura stands at 24 now, he said.
Forty-one cases have been reported from units based in the national capital and one from Kolkata (driver of a vehicle that was escorting the inter-ministerial central team of the Union government touring West Bengal).
Among the Delhi cases, 32 are from two units that were deployed in the Jamia and Chandni Mahal areas under the directions of the Delhi Police for law and order upkeep duties, he said.
Eight cases are from a base hospital in R K Puram and one personnel posted at the forces’ headquarters at Lodhi Road has contracted the virus, the spokesperson said.
Two floors of the BSF head office were sealed on Monday following this incident.
The official was attached to the office of an Additional Director General (ADG).
“A BSF personnel on leave has also been detected Covid-19 positive,” the spokesperson added.
The 2.5-lakh-strong force is primarily tasked with guarding Indian borders with Pakistan and Bangladesh, apart from rendering a variety of duties in the country’s internal security domain.

‘In attack that killed 17 jawans, 3 Reds died too’