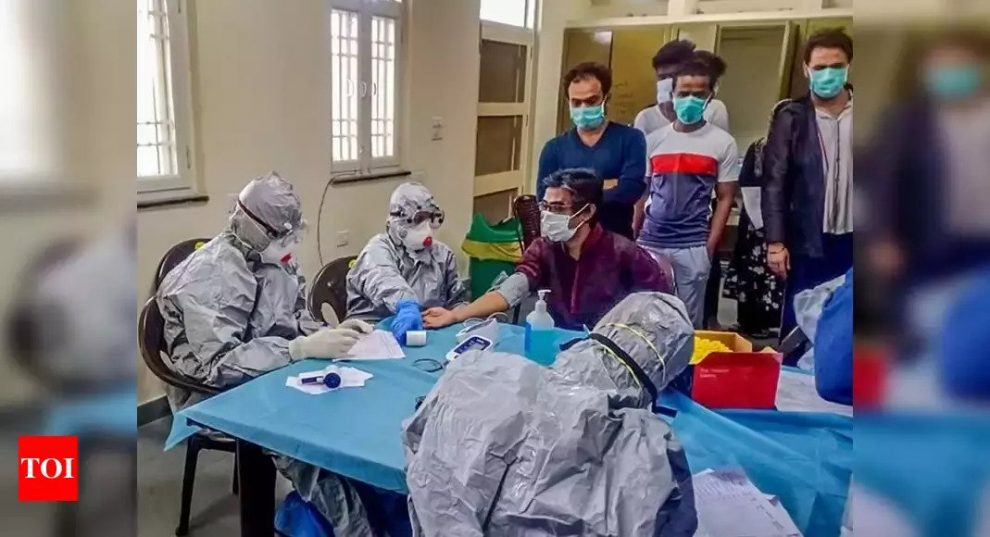 NEW DELHI: The number of Covid-19 cases climbed to 1,071 in India on Monday, while the death toll rose to 29, according to the Union health ministry.
The number of active Covid-19 cases stood at 942, while 99 people were either cured or discharged and one had migrated, the ministry stated.
In its updated data at 10.30 am, it said two fresh deaths were reported from Maharashtra.
Thus, Maharashtra has reported the maximum number of eight Covid-19 deaths so far, followed by Gujarat (5), Karnataka (3), Madhya Pradesh (2), Delhi (2) and Jammu and Kashmir (2).
Kerala, Telangana, Tamil Nadu, Bihar, West Bengal, Punjab and Himachal Pradesh have reported a death each.
The total number of 1,071 cases includes 49 foreigners.
The highest number of confirmed cases of the pandemic has been reported from Kerala (194) so far, followed by Maharashtra at 193.
The number of cases has gone up to 80 in Karnataka, while Uttar Pradesh has reported 75 cases.
The number of cases has risen to 69 in Telangana, 58 in Gujarat and 57 in Rajasthan.
Delhi has reported 53 cases, while in Tamil Nadu, the number of positive cases is 50.
Punjab has reported 38 cases, while 33 Covid-19 cases have been detected each in Haryana and Madhya Pradesh.
There are 31 cases of the contagion in Jammu and Kashmir, followed by Andhra Pradesh (19), West Bengal (19) and Ladakh (13).
Bihar has 11 cases, while nine cases have been reported from the Andaman and Nicobar Islands. Chandigarh has eight cases, while Chhattisgarh and Uttarakhand have reported seven cases each.
Goa has reported five coronavirus cases, while Himachal Pradesh and Odisha have reported three cases each. Puducherry, Mizoram and Manipur have reported a case each, the health ministry said.

MLAs want Kamal Nath to lead them into bypoll battle