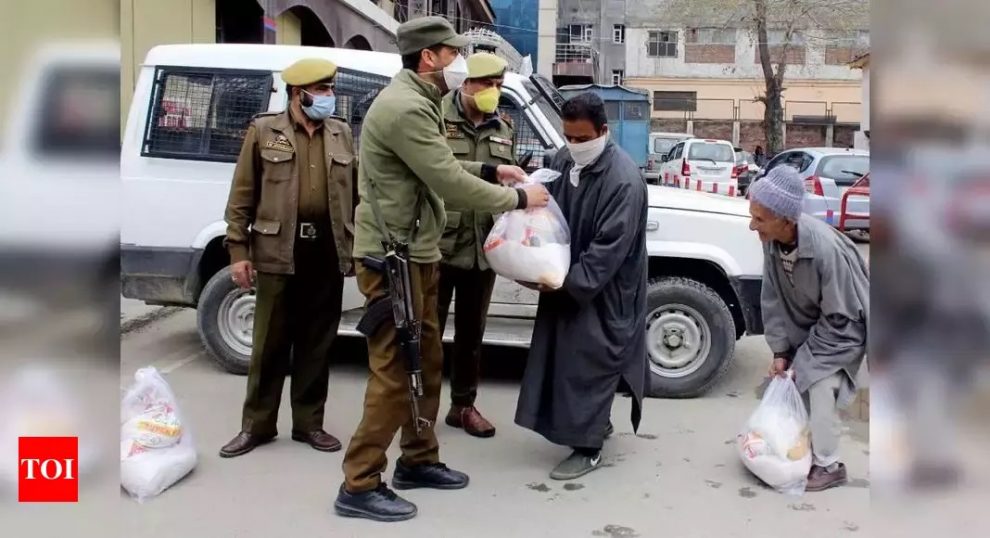 SRINAGAR: People who entered Kashmir after March 1 have to declare their travel history within two days or face legal action, authorities said on Tuesday as they battle to check the spread of the novel coronavirus in Jammu and Kashmir.
District magistrates in Kashmir have also asked people associated with members of the Tablighi group, the religious organisation to which a person who died of COVID-19 belonged, to give their details, they said.
Read our coronavirus live blog for all the latest news and updates
This is the last chance being given to report to authorities about travel history abroad and outside the Valley, failing which one can face imprisonment under provisions of the Disaster Management Act, 2005, the officials said.
The district magistrates have issued the warning and given the two-day deadline to those who entered the Valley after March 1 but have not revealed their travel history to the authorities, they said.
The total number of positive cases in Jammu and Kashmir is 49. Two patients – both from the Valley — have died from COVID-19, while two — one each Kashmir and Jammu — have recovered.
Most roads in Kashmir have been sealed and security forces have put barriers at several places to check unwanted movement of people, and enforce the COVID-19 lockdown, the officials said.

The administration has asked people to cooperate and warned of action if lockdown orders are violated.
Several people have been arrested across the Valley in the past few days for violating the prohibitory orders.
Markets across Kashmir are shut and public transport off the roads with only pharmacies and shops selling essential items allowed to open, the officials said.
Educational institutions, gymnasiums, parks, clubs and restaurants are also shut.
The prime minister announced a country-wide lockdown on the evening of March 24. The Union Territory administration, however, had on March 22 announced a lockdown across Jammu and Kashmir till 31 March as part of its efforts to curb the spread of the coronavirus.
The administration said essential services including healthcare personnel have been exempted from the restrictions.
It has put in place a mechanism to ensure uninterrupted supplies and deliveries of essential services to the general public.
Essential commodities will be home-delivered to the residents as part of the mechanism.
Restrictions were first imposed in many parts of the valley on March 19 to contain the spread of the virus.
The measures were taken after a 67-year-old woman from Khanyar area of the city, who had returned on 16 March from Saudi Arabia after performing Umrah, tested positive for COVID-19 infection.
In order to contain the spread of the infection especially from areas that have become vulnerable as far as transmission of the COVID-19 is concerned, district administrations of Ganderbal declared Waskura village as Red Zone and its surrounding villages-Kharbagh, Batwina and Ahan as Buffer Zones as a precautionary measure.
Invoking prohibitory orders under Epidemic Diseases Act 1897, Section 144 of the CrPC and Disaster Management Act, 2005, the District Magistrate (DM), Ganderbal, Shafqat Iqbal, said there would be no inward and outward movement of any person from the village declared as Red zone and the people would stay inside their homes to ensure complete lockdown.
He warned of stern action against violators as per provision of relevant Acts.
The order was issued in view of the COVID-19 positive case from Hajin, Bandipora, who has come in contact with many persons including relatives belonging to Village Waskura, Ganderbal due to which the area has become vulnerable as far as transmission of the COVID-19 virus is concerned.
Earlier, on Monday, authorities in south Kashmir’s Shopian district declared two villages as red zones following detection of positive cases of Coronavirus there.
The two villages that were declared as Red zones are Ramnagri and Sedow, while adjoining villages of these tehsils were declared buffer zones, for the safety and well being of the general public.