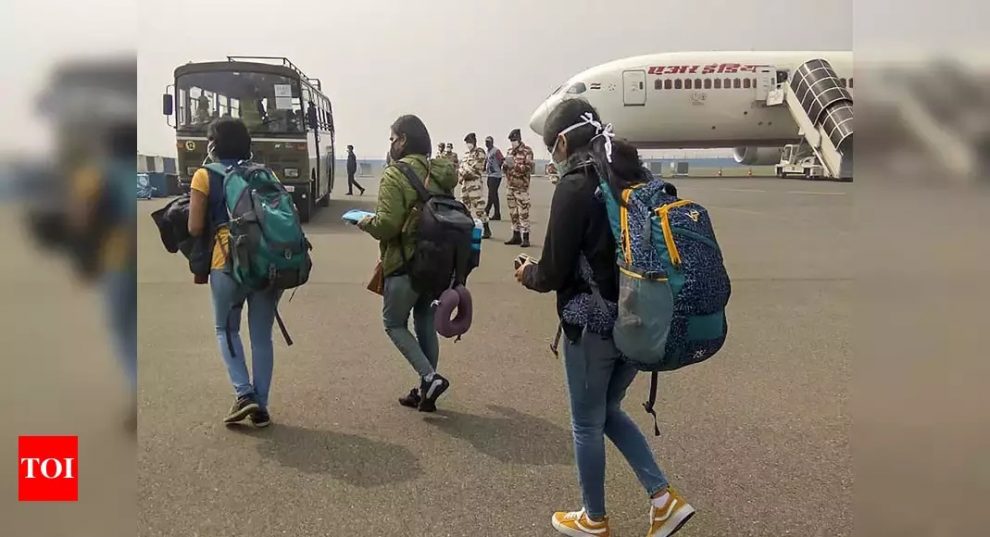 PARIS: The Indian embassy in France has issued an advisory for its nationals who wish to travel back home before India’s week-long ban, imposed to contain the spread of the deadly novel coronavirus, on international commercial flights comes into force on March 22.
The Indian embassies in several other countries also issued advisories and started emergency helplines for the distressed Indians, assuring them all possible help.
The embassies among others included from Canada, Greece, Finland and Estonia, Israel, Japan, Vietnam, Bulgaria and North Macedonia, Russia, Cuba, Brazil and Switzerland.
The Indian embassy in France in a tweet on Friday provided details of the Qatar Airways flight that will operate from Paris before the Indian travel deadline sets in.
“Qatar airways is operating the flight. It is advised to all the Indian nationals stranded during transit at CDG airport Paris to book this flight immediately. Failing which it’ll be difficult for Embassy to make any alternative arrangements,” it said.
The mission also requested Indians who wish to travel to “keep the certificate issued by the embassy handy for further travel.”
The Indian embassy in Greece in an advisory on Friday asked Indians to maintain patience and calm in the prevailing situation.
The embassy is “your home away from home and is trying its best to help and guide its citizens,” it said.
“It is our request to our fellow citizens, including students, in Greece to look after themselves and stay safe wherever they are and follow the instructions issued by the Indian and Greek authorities from time to time,” it tweeted.
The Indian embassy in Kazakhstan asked the Indian students waiting for flights to India at Almaty airport to return to their hostels in view of the travel restrictions.
“We took up the matter with authorities in India. However, due to heavy pressure on air traffic, it has not been possible to accept requests for operation of additional flights from Almaty,” it said in a tweet.
“We have asked all universities and educational contractors to continue running the hostel facilities,” it said in a tweet.
The Indian embassy in Israel too requested all Indian nationals to avoid non-essential travel out of the country.
“Travel to India for one week, starting March 22 will not be possible. This is a temporary measure, which in being reviewed regularly at the ministerial level,” the embassy tweeted.
The Indian High Commission in Canada assured its nationals that the consulates have been liaisoning with Canadian government and authorities of universities/colleges for the well-being of Indian students in Canada due to the Covid-19 pandemic.
“Host institutions have been providing useful information to students. Please follow the instructions and public health advisories/announcements, remain calm and ensure your and other’s safety,” it said in a tweet.
The Indian embassies in several other countries, including Russia, Brazil, Cuba, Bulgaria and North Macedonia, Finland and Estonia, Japan, Vietnam and Mongolia started emergency helplines for distressed Indians.
Amid the Covid-19 pandemic, India on Thursday announced it will not allow any international commercial passenger aircraft to land from March 22 to March 29.
The novel coronavirus cases in India rose to 258 on Saturday after 35 fresh infections were reported from various parts of the country.
According to the Johns Hopkins coronavirus tracker, the death toll from the virus globally has risen to 11,397 with more than 275,427 cases reported in over 160 countries and territories.