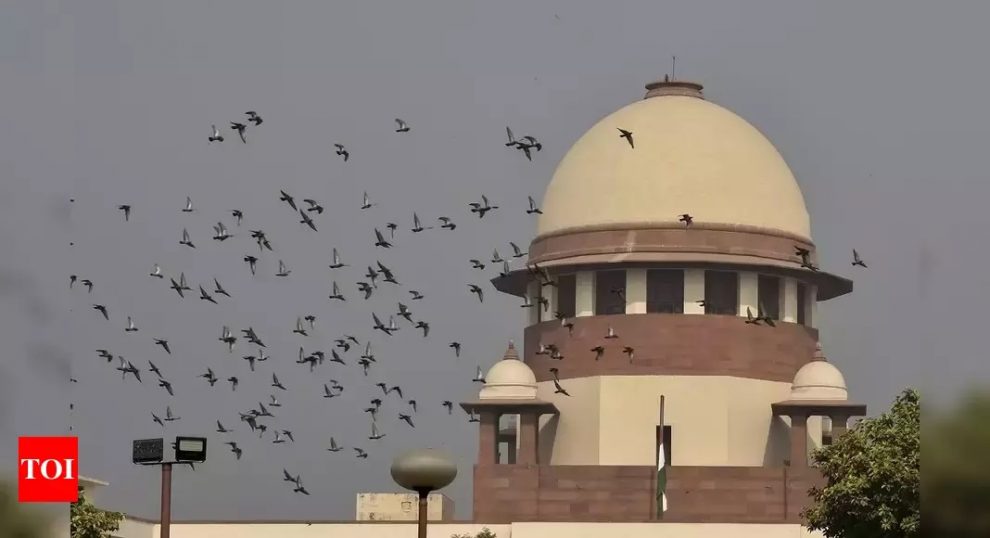 NEW DELHI: Covid-19 lockdown has off-tracked the Supreme Court’s attempt to expeditiously decide three most important cases threatening to divide the nation on religious and communal lines – faith vs fundamental rights war emerging from Sabarimala temple entry case, challenge to Citizenship Amendment Act that got a communal tone with Shaheen Bagh type protests, and scrapping of special status to Jammu and Kashmir under Article 370.
Though the larger issue of scope and ambit of right to religion and faith vs fundamental right issue was referred to a seven judge bench by a five-judge bench while hearing petitions seeking review of another five-judge bench decision to quash the custom barring women in 10-50 year age group from entering Sabarimala Ayyappa temple, CJI S A Bobde on January 7 decided to entrust the questions to a 9-judge bench. He felt a 9-judge bench was needed to give an authoritative ruling given the issue enveloping temples, mosques, Parsi Agiyaris and affecting the Dawoodi Bohra community which practices female genital mutilation.
Other two sensitive issues – CAA and Article 370 – too were referred to five-judge constitution benches. But, the CJI was firm that since Sabarimala larger issue affected almost all religions and since it was the oldest among the three cases, the others two – CAA and Article 370 – would have to wait for their turn. Repeatedly, CJI Bobde had told renowned senior advocates that hearing on CAA and Kashmir could begin only after the court completed hearing the larger issue in Sabarimala case.
All was well till February 10, when a 9-judge bench headed by CJI S A Bobde framed the questions and began the stipulated 10-day-long hearing. But, the hearing was derailed as one of the Judges got indisposed within two hours of the commencement of the hearing having caught H1N1 flu. Quickly the flu caught five more judges and the schedule of hearing for other cases too got derailed. By the time the Judges recovered and all looked set for the commencement of the larger issue in Sabarimala temple entry case from March 16, the Covid-19 pandemic struck.
The 9-judge bench was quickly abandoned and the CJI decided to set up six benches to hear urgent matters. With number of persons afflicted with Corona virus spiralling world wide and footprints of the virus becoming evident with more and more Indians returning from afflicted foreign countries, the number of benches got further truncated and the court appear to find a solution for social distancing through video-conference hearing of cases.
But, technology had its limitations against the virus and PM Narendra Modi declared a 21-day lockdown of the country. The SC was forced to cancel hearing of even few important cases that were listed for arguments through video-conferencing. With the fight against Covid-19 indicative of a long haul, the 9-judge bench hearing on Sabarimala related issue appears a far cry. Nad still distant is the possibility of a hearing on scores of petitions challenging the constitutional validity of CAA, passed by Parliament in January and the scrapping of Article 370’s special status to J&K, which the government had brought into effect in August last years.

As demand goes up, ticketless travel increases in AC locals