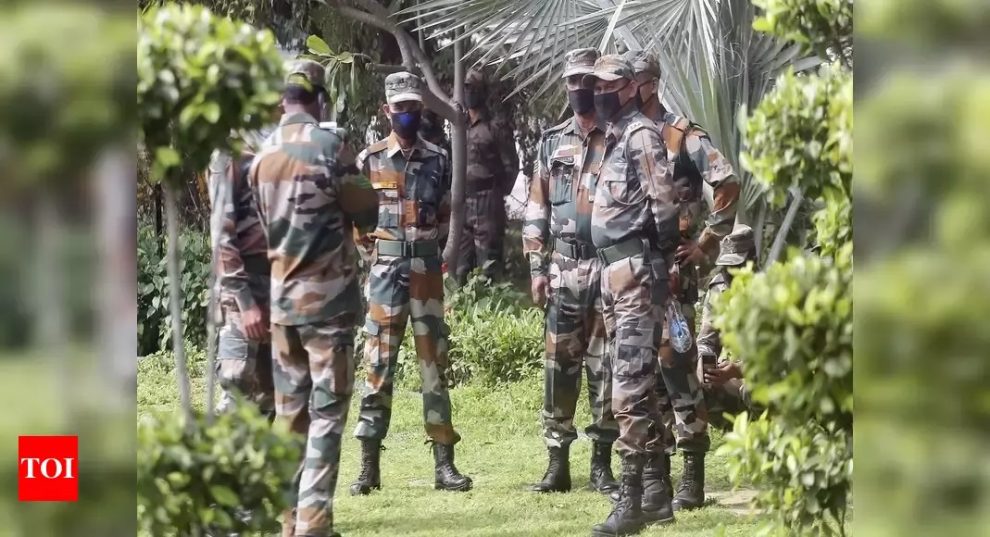 NEW DELHI: The country’s paramilitary forces comprising about 10 lakh personnel have ordered immediate suspension of movement of troops for any kind of travel, including leaves or routine work, and directed them to ”be where they are” till April 5 to check COVID-19 outbreak in their ranks, officials said on Sunday.
The forces have also asked all jawans and officers to fill up a declaration form to state that none of their family members have travelled to any foreign destination in the recent past and in case someone has, they need to be tested or put into isolation on a case-to-case basis.
Officials said the direction has been issued by the headquarters of the Central Reserve Police Force (CRPF), Border Security Force (BSF), Central Industrial Security Force (CISF), Indo-Tibetan Border Police (ITBP), Sashastra Seema Bal (SSB) and National Security Guard (NSG) in order to ensure prevention of a mass outbreak of the coronavirus pandemic in these forces that are the “backbone” of the country’s internal security and deployed for vital duties including border guarding and counter-terrorist operations.
The troops live very closely in demarcated camp areas and even one COVID-19 positive case among them can lead to infecting hundreds of colleagues in a short time. Hence, all the forces have been asked by the Union home ministry to ensure that no one travels for routine duties, goes on leave or comes back from leave to join duty till April 5, they said.
The order will be reviewed after April 5, the officials added.
The CISF, the national civil aviation security force, issued a directive on Saturday stating: “In order to cut down travel risk to prevent the possibility of spread of the disease during travel, the competent authority has directed that all personnel who are already on leave and likely to join duty before April 5 may be asked to extend leave till April 5.
“This may be ensured by intimating affected personnel over phone by respective leave sanctioning authorities”.
Two days back, the BSF had similarly cancelled the movement of all its troops and officers.
The over 2.5 lakh personnel-strong border guarding force, primarily tasked to guard the Indian borders with Pakistan and Bangladesh, has said violation of these directives will invite action against those who undertake the journey and their commanders who approve such movements.
The BSF order stated: “It is categorically clarified that there should not be any movement of manpower with regard to leave, training, courses, temporary duties etc, upto April 5.”
The order said these directives are meant for “strict compliance”.
The force also asked all its commanders to extend the leave of off-duty jawans and officers till April 5 “with immediate effect, to avoid unnecessary movement from their home town to place of duty”.
The order said such personnel should be informed about the extension of their leaves on their personal telephones so that there is “no communication gap” and such personnel do not begin their journeys.
It has also been ordered that officers and sub-officers who are undergoing a training course “should be kept at the respective centres” till April 5 and if required their courses should be extended in order to stop them from travelling to their homes or offices.
Similar worded orders have been issued by all the forces, two officials privy to the development said.
They said movement of these paramilitary forces or Central Armed Police Forces (CAPFs) personnel, till April 5, will only be allowed in case of a “strict emergency” and that will be cleared after approval by senior commanders who will review and decide each case on its individual merit.
The Union home ministry recently directed that all non-emergency leaves of paramilitary personnel should be “cancelled” in order to minimise the risk of contracting coronavirus during travel and they should get into “battle mode” to combat the pandemic by ensuring personal and public safety.
There have been no positive cases for COVID-19 in these forces till now.

Janmashtami in Mathura 2022: Janmashtami will be celebrated on this day in Braj including the birthplace of Shri Krishna