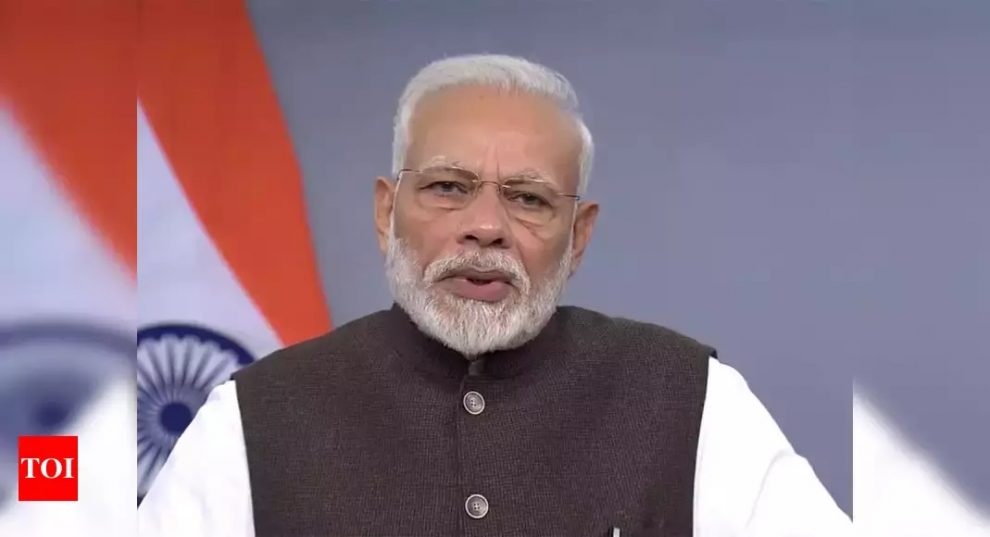 NEW DELHI: The coronavirus pandemic is a reminder of the interconnected nature of the world and the need for adopting a global response to it, Prime Minister Narendra Modi said on Wednesday in a message to his Chinese counterpart Li Keqiang.
Modi, in the message to Li marking 70 years of diplomatic ties between India and China, also said good bilateral relations are conducive not only for the two countries, but also important from the perspective of peace, stability and prosperity of the region and the world.
Messages of felicitations have been exchanged between the presidents, prime ministers and external affairs ministers of India and China on the occasion of the 70th anniversary of the establishment of diplomatic relations between the two countries, the Ministry of External Affairs said in a statement.
President Ram Nath Kovind, in a letter to his Chinese counterpart Xi Jinping, conveyed warm greetings, felicitations and good wishes to the government and the people of China.
He noted that the two sides have made considerable progress, especially in the last few years, in enhancing their bilateral engagement in a number of areas, including political, economic and people-to-people ties, according to the MEA.
In his message to Li, Modi stated that India and China are two ancient civilisations, with a long history of mutually beneficial exchanges over centuries.
“Today, we are two large developing countries and emerging economies who are increasingly playing an important role on the global landscape. As such, good relations between India and China are conducive not only for our respective countries, but are also important from the perspective of peace, stability and prosperity of our region and the world,” the statement quoted Modi as saying.
The prime minister also noted that the Covid-19 pandemic “was a reminder to us of the interconnected nature of our world today and the need therefore to adopt a truly global response to it”.
Modi said he looked forward to working with the Chinese Premier to further deepen and strengthen the close developmental partnership and take it to even greater heights in the years to come.
External Affairs Minister S Jaishankar, in his letter to Chinese Foreign Minister Wang Yi, said that in the last seven decades, India-China relations have expanded substantially and become increasingly diverse and multifaceted.
He said that due to the Covid-19 outbreak, the two sides have been unable to carry out the various activities that had been planned to celebrate this historic anniversary.
“Nonetheless, we should continue to work cooperatively in the coming months and, once we and the world are able to control the Covid-19 outbreak, celebrate this milestone in a manner duly reflective of its significance and the common aspirations of our two peoples,” Jaishankar said.
The two sides are currently working together to jointly design a logo to mark these celebrations, the MEA said.

Firms may delay hiring for a quarter