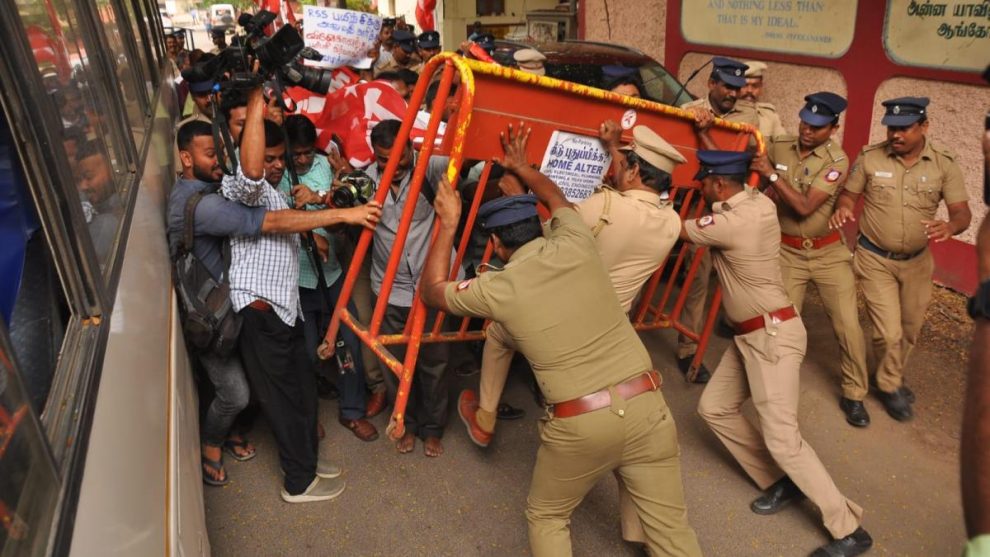 As protesters attempted to enter the school premises by pushing away the barricades, police intervened and dispersed the angry protesters.
CPM leader Selva demanded Tamil Nadu CM MK Stalin should intervene in the matter.

“CM Stalin as the state had ordered that Sanatana and caste forces should not conduct events inside an educational institution. This must be followed by the educational department, education minister and police are supposed to follow it. But it looks like they are not respecting the CM’s order. We are holding the protest today as we don’t want to create any law and order situation. But if this happens again, the CPM will hold direct protests,” leader Selva said.

iamond Traders Of Surat Should Get Bharat Ratna: Arvind Kejriwal In Gujarat
Redmi K60 Series Key Specifications Leaked Ahead of Launch: All Details