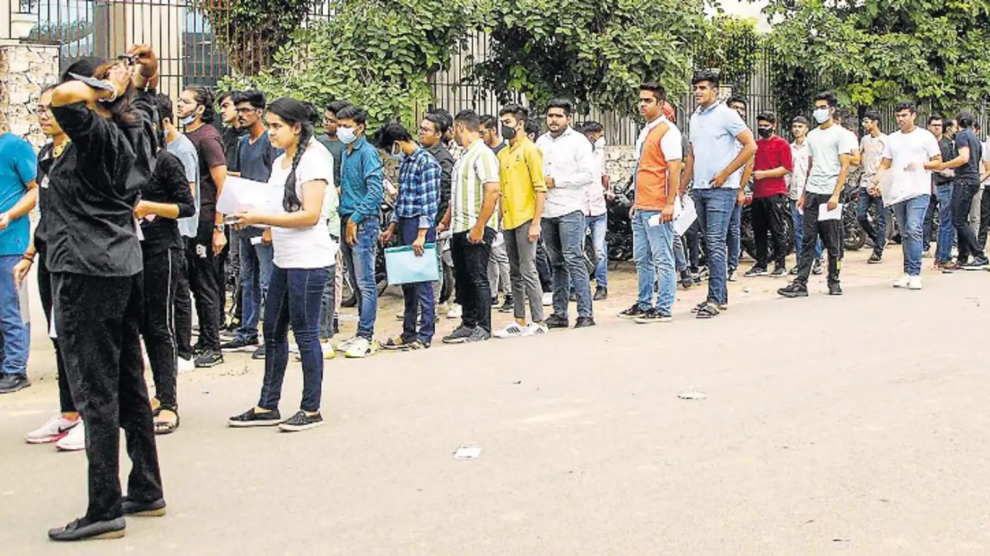 New Delhi: The first day of phase four of the Common University Entrance Test (CUET) was marred by technical glitches at several spots, prompting the National Testing Agency (NTA) to cancel exams at 13 centres, mostly in the Capital, as troubles over the nationwide exam continued to give parents and students a harrowing time.

According to NTA, exams for 8,693 affected candidates may now be held on August 25.

The students will be informed about the new dates on Thursday, the agency said.

The debut edition of the CUET for undergraduate admissions has faced several technical glitches so far, due to which the NTA, responsible for conducting the exam, has had to postpone many exams during the first three phases.

On August 4, all exams scheduled for the evening were cancelled at all 489 centres across the country, and 50 and 53 centres were affected on August 5 and 6.

“Due to unavoidable technical reasons, examinations scheduled for Wednesday — the first day of the fourth phase — were cancelled in 13 centres. Of 145,885 candidates, 8,693 were affected,” the NTA said in a statement.

Parents of several students scheduled to take the test on Wednesday also complained on social media about glitches during the testing process.

Praveen Kumar Chaudary, whose ward’s examination centre was in Rohini Sector 23, tweeted, “The CUET exam was cancelled after waiting for two and a half hours due to non functional servers. What a pity? Kids reached the centres by crossing filthy sewage filled lanes in remote village. Lots of kids slipped in filth.”

On August 7, University Grants Commission (UGC) chairperson M Jagadesh Kumar said that there were indications of “sabotage” in the conduct of the exam and that tests at certain centres were cancelled for the good of students. Kumar said strict action will be taken against anyone involved in “wilful sabotage” of the process.

The fourth phase of CUET will conclude on August 20 after which two more phases, between August 21 and August 30, will take place. According to the initial plan, the CUET was to conclude on August 20. However, the NTA had to extend it due to the consecutive cancellation of exams.
(Except for the headline, this story has not been edited by GOVT.in staff and is published from a syndicated feed.)

On Camera, Prayagraj Businessman Robbed Of ₹ 6 Lakh At Gunpoint
“Will Withdraw Campaign In Bihar If…”: Prashant Kishor