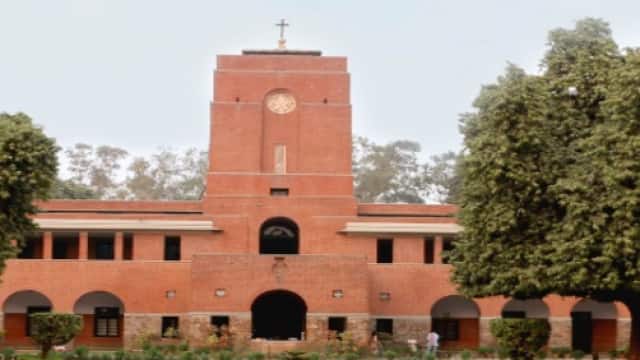 The order of the Delhi High Court on the admission process in St. Stephen’s College is likely to be challenged by the educational institution in the Supreme Court. A source gave this information on Tuesday.

The order of the Delhi High Court on the admission process in St. Stephen’s College is likely to be challenged by the educational institution in the Supreme Court.A source gave this information on Tuesday.Also, the Delhi University (DU) institute may request the court to grant interim relief to admit students as it did earlier this year.The members of the college’s governing unit met on Tuesday to discuss the future strategy.They decided to move the Supreme Court against the High Court order.This information was given by one of the members.This unit is the apex decision making body of the Institute.

It is noteworthy that a few days back the High Court had asked the college to follow the admission policy prepared by DU.According to this policy, 100 percent weightage will be given to the marks of the University Common Entrance Test (CUET) 2022 for admission to non-minority students in undergraduate courses.That is, admission should be given on the basis of CUET marks only.

falsely He is firm in his decision to declare the admission invalid.

The source said 17 members of the governing body attended the meeting, out of which five members are against the proposal to move the apex court.

“However, the governing body of the college has decided to challenge the High Court order and move the Supreme Court.The college will request interim relief for the process of granting admission by conducting interview.”

The High Court’s order in this regard came on September 12 on a plea by a law student.

American Airlines To Launch Premium Suites With Privacy Doors In 2024
CCSU admission: Tomorrow is the last day to register for admission