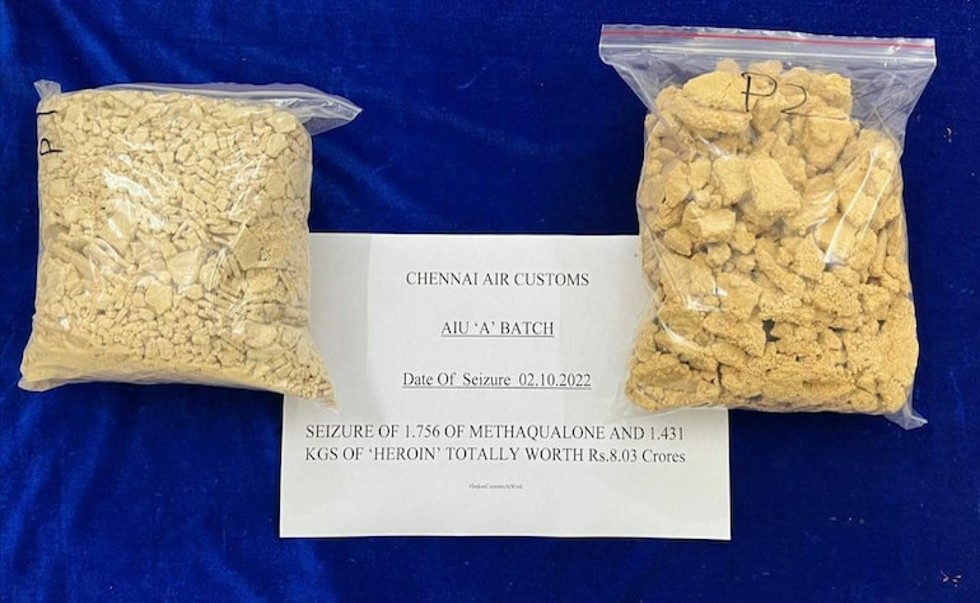 Customs officers at Chennai airport seized drugs worth Rs 8.03 crores from a female passenger from Uganda on Monday, October 3. The drugs were hidden inside the inner layers of a carton box she was carrying.

Based on reliable information, officials intercepted a woman from Uganda named Noeline Nampeera, who had come to Chennai from Addis Ababa via Ethiopian Airlines.

Upon checking her baggage, the officials found 1.756 kg of methaqualone and 1.431 kg of heroin. Together, the drugs are reportedly worth 8.03 crores on the international market.

The narcotics were found concealed in the inner layers of a corrugated carton box. The contraband was seized under the Narcotic Drugs and Psychotropic Substances Act, (NDPS) Act, 1985 read with Customs Act, 1962. The woman has also been taken into custody and further investigations are underway.