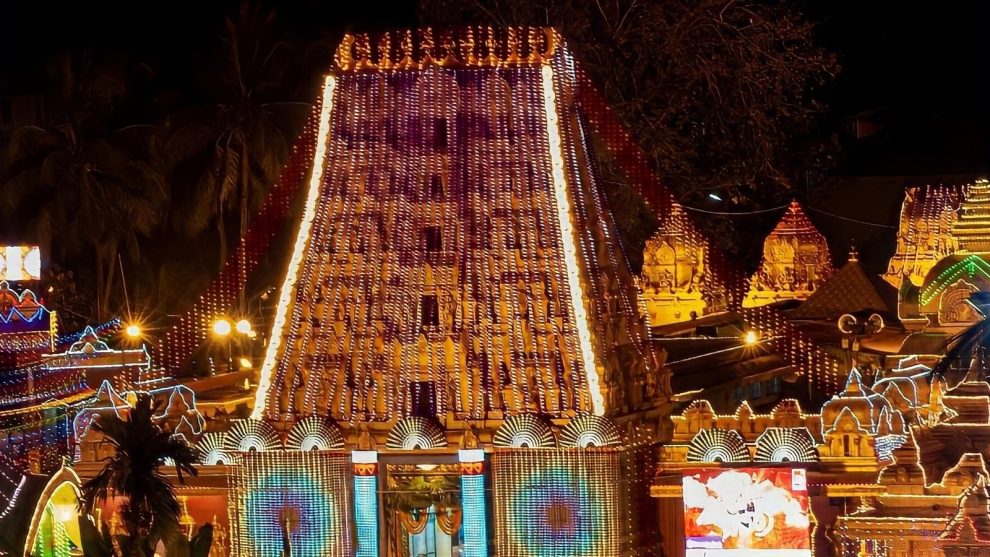 The grand Dasara Mahotsava at the Kudroli Gokarnanatha temple here began on Monday with the installation of goddesses Navadurga and Sharada. The celebrations will be held till October 6 during which period various cultural and spiritual programmes will be conducted on the temple premises, the temple authorities said.

“Pushpalankara pooja” will be conducted every day at 12.30 pm and “Bhajana” will be held from 7 to 8 pm. Cultural programmes will start in the evening on all nine days. The grand procession of Dasara Mahotsava will begin at 4 pm on October 5.

Former Union Minister Janardhan Poojary will lead all the celebrations being held at the temple. Meanwhile, all the temples of the twin districts of Dakshina Kannada and Udupi have been decked up for the festival. Special poojas are to be offered for nine days and on the 10th day Vijayadashami will be celebrated.

At Sri Krishna mutt in Udupi, goddess Devi will be offered flowers. Special poojas will be held in temples including Kollur, Mandarti, Ucchila, Neelavara, Nandikooru, Indrani, Bailoor, Ambalpady and Kukkundoor in Karkala. The Mahanavarastri festival celebrations at Mookambika temple at Kollur in Udupi was inaugurated by temple management committee president Kerai Chandrashekar Shetty.

Ganapathi pooja was held, followed by “Mangalarathi.” The temple has made all arrangements for people arriving from various parts of the state and devotees from Kerala and Tamil Nadu, Shetty said. Temple executive officer S P B Mahesh was also present.