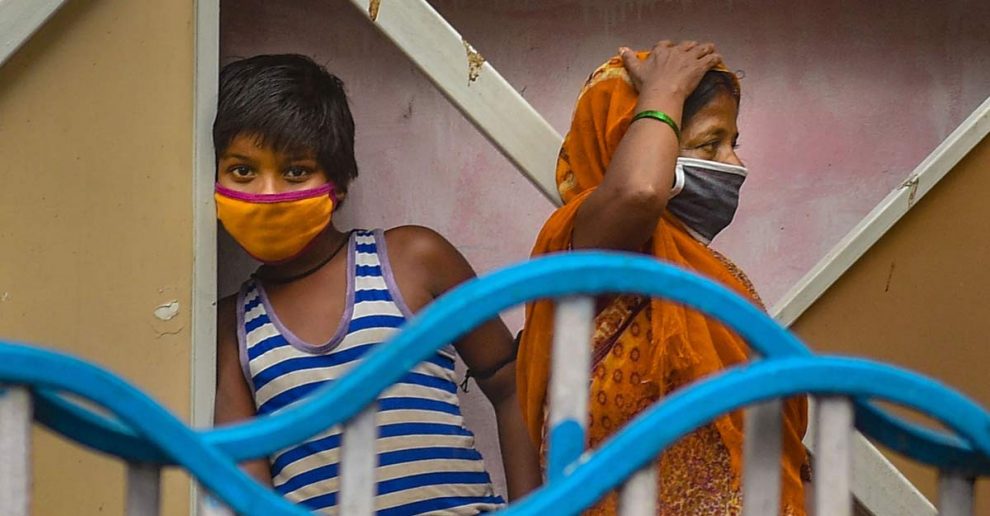 NEW DELHI: As India entered the third phase of the lockdown and some curbs were eased on Monday, the cynosure of attention for those deprived their daily or weekly tipple was clearly the alcohol shops. Shops were asked to shut in many places where social distancing norms were violated. At some places, mild force was also used to disperse the crowd.

Here is a look at the latest updates on the outbreak of coronavirus from major Indian cities:

Delhi
Petrol price in the national capital was hiked by Rs 1.67 a litre on Tuesday and diesel by a steep Rs 7.10 per litre after the Delhi government raised local sales tax or value-added tax on the two fuels.
Long queues were witnessed outside liquor shop in the national capital.
Liquor in Delhi will cost more from Tuesday as the government has decided to impose a 70 per cent ‘Special Corona Fee’ on maximum retail price.
The Delhi high court has asked the AAP government to ensure that reports of novel coronavirus tests conducted on suspected patients are made available within 24-48 hours.
Following the chaos outside some liquor shops in the capital, CM Arvind Kejriwal warned on Monday that relaxations would be revoked in unruly areas and shops would be sealed if social distancing norms were violated.
The Delhi Police Welfare Society has taken several initiatives to aid the fight against coronavirus and distributed 22,500 masks among police personnel and other needy people.

Mumbai
After chaos on Monday outside the closed wine shops, people on Tuesday seemed to be following the social distancing norms.
In a bid to contain the spread of Covid-19, Mumbai Police have announced that Section 144 of the Criminal Procedure Code has been imposed in the city till May 17.
As per the state authorities, Mumbai city has recorded 9,310 cases and 361 deaths so far.
Liquor shops in palghar district got a nod to open from the state government. The shops will remain open between 10am and 5pm.

Kolkata
Fifty-one more localities across Kolkata have had to be barricaded over the past week. With these additions, the containment-zone count has shot up to 318, an increase of nearly 20% in a week.
The state government has ordered all health facilities in the state to release a single comprehensive list of “confirmed Covid deaths” instead of classifying them into “Covid deaths” and “deaths caused by co-morbid (other life-threatening) factors”.
West Bengal excise department on Monday finally came out with a formal notification about opening of liquor off-shops throughout the state, except in containment zones in the afternoon.
The cost of treatment and surgeries across private hospitals in Kolkata is set to rise due to Covid-induced expenses which have been pushed up due to the mandatory use of PPEs and tests to detect the virus. While some hospitals have already started charging patients for these, others plan to hike their charge this week.
On Monday, 61 new positive cases were reported in West Bengal, taking the total number of cases in the state to 1259.

Chandigarh
Chandigarh administrator V P Singh Badnore said that it was necessary to ease lockdown restrictions in the Union territory to bring the economy back on track and give relief to daily wagers.
Shops in the internal sector of Chandigarh’s non-containment zones opened on Monday from 10 am to 6 pm according to the odd-even formula. However, bars, sweet shops and restaurants have not been allowed to open yet.
All wings of the municipal corporation (MC) started functioning from Monday. Their main work is to complete pending tasks. The civic body said it will take up the work on priority basis and do the job in a phased manner.
*With increase in the number of Covid-19 cases in the city that breached 100-mark on Monday, Babu Dham colony in Sector 26, Chandigarh, has contributed 48 cases alone so far. Chandigarh has reported a total of 102 coronavirus cases so far.

Chennai
Koyambedu market for vegetables, fruits and flowers, one of the largest in the country that used to teem with thousands of people every day, has been closed after emerged as the latest hotspot for Covid-19 cases in Tamil Nadu. In Chennai alone, at least 215 of the 266 new cases were linked to the Koyambedu market.
Tamil Nadu on Monday saw a big surge in infections with 527 people testing positive, 266 of them in Chennai, with the Koyambedu cluster now spreading all over the state.
The Tamil Nadu government on Monday announced the reopening of Tasmac outlets (state-run liquor shops) from May 7, except in Covid-19 containment zones.
As the government relaxed the lockdown norms, more than 50% shops, trade houses, business and commercial establishments in Puducherry resumed services on Monday. However, major establishments continued to remain shut in the tourist town.

Ahmedabad
A record 26 people succumbed to the Covid-19 disease in hotspot Ahmedabad in Gujarat in a single day on Monday, taking the overall number of the fatalities in the district to 234.
The Ahmedabad Municipal Corporation has issued health cards to vendors in the corporation area as they come in contact with several people, and can infect them if carrying the Covid-19 virus.
With the third stage of the lockdown coming into effect from Monday, city police commissioner Ashish Bhatia has issued a fresh notification prohibiting people over the age of 65 and children below the age of 10 from coming out of their homes, except for medical reasons.
‘Solidarity Trial’ for drugs to treat Covid-19 will take place at four government hospitals — in Ahmedabad, Vadodara, Surat, and Rajkot.
Video calling facility has been provided to Covid-19 patients at Civil Hospital in Ahmedabad, the Gujarat Information Department said.

Lucknow
As the UP government relaxed the lockdown normals, queues were also witnessed in the capital city of Lucknow with people waiting outside liquor shops and social distancing having gone for a toss.
In the last 3 days, more than 50,000 labourers and other citizens have returned to the state. All those who have returned, their medical checks were done. Food and lodging arrangements of many done by the government. The govt stands with all its citizens, said CM Yogi Adityanath.
As lakhs of migrants are set to return to UP over the next few weeks, the Uttar Pradesh government has engaged 50,000 medical teams and 10,000 buses to ensure their safe movement.
As many as 140 new cases, including 19 previously reported cases by private labs took UP’s Covid tally to 2765 on Monday.
Uttar Pradesh recorded five new deaths, including a migrant worker from Surat, taking the total to 50.
Evaluation of UP Board class X and XII answer scripts will only be done in 20 districts identified under the green zone from May 5-25.

Hyderabad
Telangana government on Monday evening decided to send migrant workers back to their home states. The special trains will be run from various places such as Hyderabad, Khammam, Damarcherla and Ramagundam.
The state government has asked the South Central Railway to run 40 special trains daily for a week from Tuesday. Telangana government will be paying the Railways for running the trains.
The construction work has picked up pace in Hyderabad with 30% workers reporting to duty after the state relaxed the lockdown norms in compliance with the MHA guidelines.
With the workfrom-home feature set to become the new normal, the realty sector has to brace itself for disruption in two areas – the office space, with fewer work areas, and the residential segment, where new dedicated workspaces need to be carved out, said Vishal Garg, a professor and Head of the Center for IT in Building Science at International Institute of Information Technology Hyderabad and Milind Mantravadi, an alumnus of the institute.
Sharing insights on the ‘new normal’, they said that to facilitate a seamless experience of working from home, the inclusion of a dedicated area at home is necessary.

Bengaluru
People use water bottles, bags, helmets, slippers etc to reserve their places in the queue, outside liquor shops in Gokul road area of Hubballi.
As the lockdown eases in large parts of the state and civic agencies get ready to crack down on those failing to wear masks, the Karnataka government has stipulated penalties for the offence — Rs 200 in municipal areas and Rs 100 in others.
Migrant workers blocked national highway near Bangalore International Exhibition Centre (BIEC) in Bengaluru on Monday, demanding to be sent back to their home states.
With many lockdown restrictions lifted, Bengaluru on Monday bounced back to life. Motorists hit the roads, shops raised their shutters, business establishments were back in action and many small-scale industries began operations across the city and on its outskirts.