Deepak Chahar not taking T20 World Cup spot for granted despite solid comeback: That is not in my hand - Govt.in - Telling the truth- always! 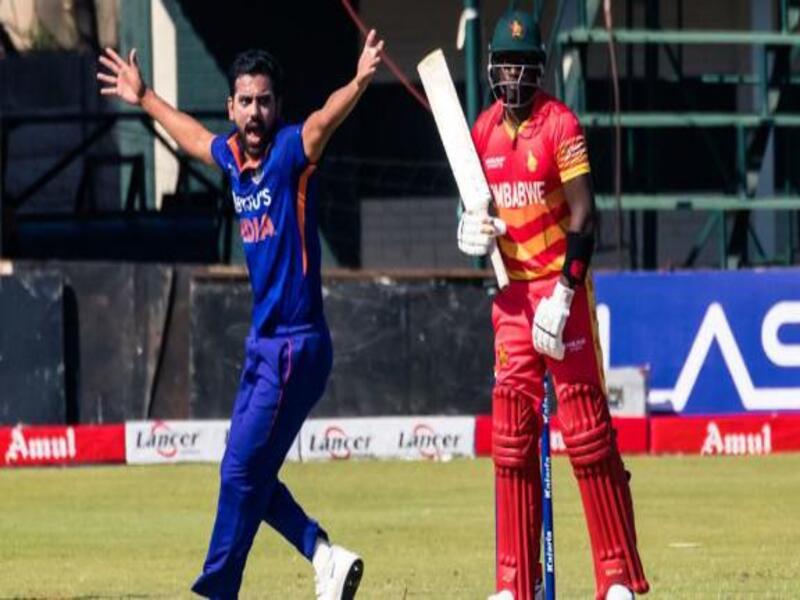 Deepak Chahar, who was sidelined for six months, made a solid comeback to the national side with a match-winning spell against Zimbabwe in the first ODI, but the 30-year-old pacer is not taking his place in the T20 World Cup squad for granted. Chahar was sidelined for six months after suffering a quadriceps tear in February and then hurting his back.

Chahar exhibited signs of him slowly getting back to his best during his seven-over spell against Zimbabwe, which is good news for India ahead of assignments like the Asia Cup, where he is in the reserves, and the Men’s T20 World Cup.

“That is not in my hand,” Chahar said after collecting the man-of-the-match award. “Skill-wise, though, I have worked really hard. There I can say I have probably started where I had left off.

“After the first over, the rest of whatever I bowled, I was happy. It was a seven-over spell, so the fitness is good.”

While Jasprit Bumrah remains India’s automatic choice across formats, the emergence of fellow seamers Harshal Patel and Arshdeep Singh complicates Chahar’s return to the 20-overs squad ahead of the World Cup.

“When you are away for a long time, others come in and perform well and take their place in the side,” Chahar said.

“To make your place in the side again, you have to give good performances. So, that pressure is always there on a returning player. I had the same expectation that I would do well when I come back, because that is all a player has in his hand.”

The remaining two ODIs are scheduled on Saturday and Monday in Harare.