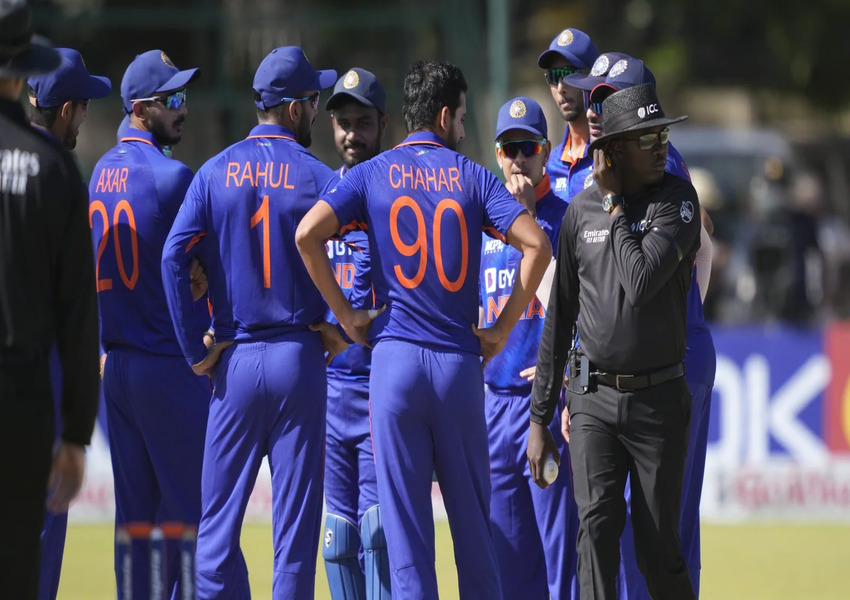 India made a comprehensive start to their tour of Zimbabwe, registering a convincing 10-wicket victory over the hosts in Harare in the first ODI. Shikhar Dhawan (81*) and  Shubham Gill (82*) remained unbeaten as India chased down a 190-run target with 19.1 overs remaining. Among bowlers, the returning Deepak Chahar shined with three dismissals to his name, while fellow pacer Prasidh Krishna and spinner Axar Patel picked as many wickets as well.

Chahar, who is making an international return after over six months owing to an injury, bowled seven successive overs at the start of the match, and admitted that it took him some time to get into the rhythm. He was named the player of the match in the game and during the post-match presentation, he was told commentator Rohan Gavaskar had pointed out that he looked “rusty.”

“I think the word ‘rusty’ came into the commentary, that might have been Rohan Gavaskar who said that. He will claim it anyway. But how did you feel? The more you bowled, the more you found your rhythm?” presenter Alan Wilkins asked Chahar in the presentation.

The Indian pacer let out a slight chuckle and insisted that he had played a few practice games, while acknowledging that the pressure of an international match will always remain incomparable.

“Before coming here, I played some practice games. I played 4-5 games. But, when you are playing for your country, you have to give your 100 percent. I think the body and mind was not working together in the first few overs, but after that, it was fine,” Chahar said.

Alongside Chahar, Indian captain KL Rahul also made a return to the XI for the first time since early February; however, he didn’t get to bat in the game. Rahul, who has played as an opener for the side over the past few years, shifted himself to the middle-order to accommodate for youngster Shubman Gill, who had produced consistent performances in the role in India’s previous ODI series against West Indies.