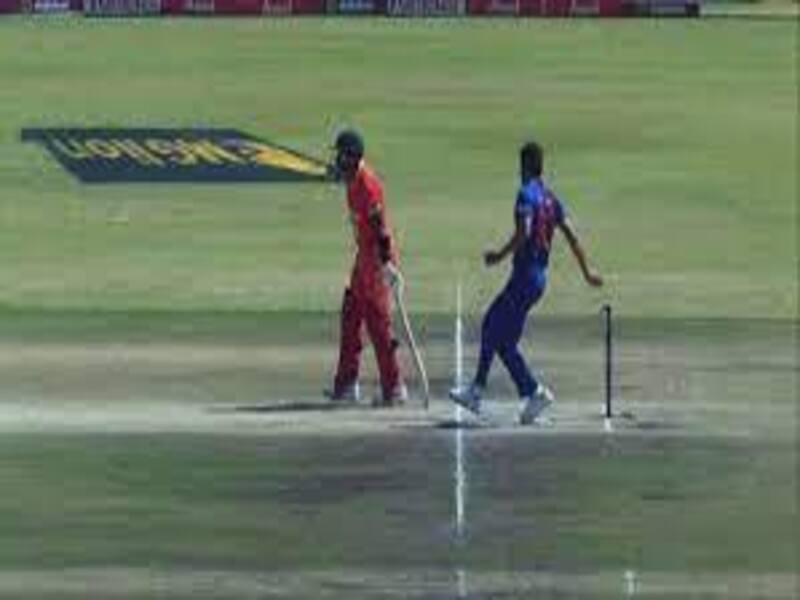 The Marylebone Cricket Club (MCC) in March of this year made a number of revisions to the existing rules of play. One of the major amendments was moving the running-out of non-striker from ‘Unfair Play’ to Law 38, which concerns ‘Run Out’. The mode of dismissal, more commonly known as ‘Mankad’, was used by a number of bowlers including India’s Ravichandran Ashwin, which triggered a vociferous debate if it goes against the ‘spirit’ of cricket.

Months after MCC legitimising the dismissal, Deepak Chahar emulated Ashwin in the third and final ODI against Zimbabwe in Harare. Coming in to bowl the very first delivery, he casually knocked over the bails when Innocent Kaia was well out of his crease. Chahar, however, didn’t appeal in what transpired as just a warning to the opposition batter, who strolled forward at the non-striker’s end.

Chahar did remove Kaia, but in the third over with an inswinger that trapped the batter. India went for LBW review and the Zimbabwean perished for 6, reducing the home side to 7-1 after 3 overs.

Earlier, Shubman Gill hit his maiden hundred while Ishan Kishan notched up a half-century to power India to an imposing 289/8 at the end of their 50 overs. The pair smashed Zimbabwe all over the park, with Gill and Ishan recording 130 and 50, respectively.

The young batters shared a 140-run stand after India didn’t have the most fluent of starts, which saw them struggling to 63 for one in 15 overs. Skipper KL Rahul (30 off 46) and Shikhar Dhawan (40 off 68) failed to convert their starts after deciding to bat first in the dead rubber.

But Gill reached the three-figure mark less than a month after he came agonisingly close to achieving the feat, scoring an unbeaten 98 against the West Indies in Port of Spain.

Pacer Brad Evans (5/54) got his maiden five-wicket haul and all the big stars under his kitty, but there were not many positives for Zimbabwe other than that they could restrict India to a below-300 total.

India took an unassailable 2-0 lead on Saturday through a five-wicket victory. They won the ODI series opener by 10 wickets.

Dalit girl thrashed, thrown out of school by ex-village head for not wearing uniform in UP’s Bhadoni
From the Urdu Press: Death of justice for Bilkis and Jalore outrage to jettisoning of Gadkari, Shivraj and BJP vs AAP