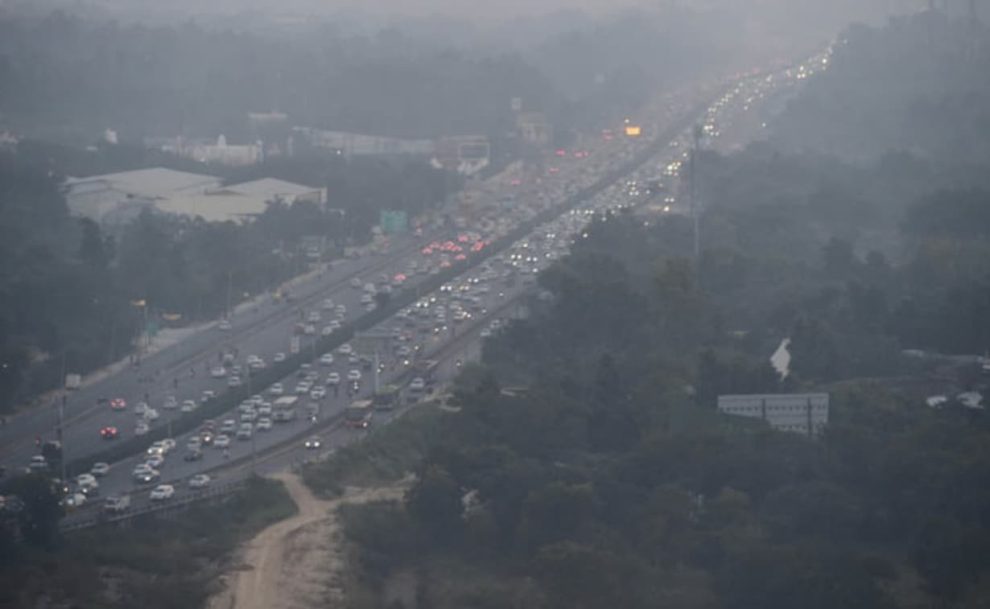 New Delhi: Delhi is back to breathing toxic air with the capital’s air quality index or AQI in the severe category and concentration of the fine, cancer-causing pollutant spiking to emergency levels.
The PM 2.5 pollutant, which penetrates the lungs and causes chronic respiratory illnesses, is nearly 100 times the safe limit set by World Health Organisation. Long-term exposure to this micro-pollutant can even cause lung cancer.

This comes just two days after curbs imposed in Delhi-NCR to tackle the pollution levels were lifted following improvement in the air. Given that air pollution is likely to worsen in the coming days, restrictions are back in place in the national capital.

The Centre’s air quality panel, CAQM, said that the air quality, already in dark red zones in several parts of Delhi-NCR, is likely to dip further over the next few days. It attributed the worsening of air to dense fog, calm winds, and low temperatures

The air quality panel has now asked the industries to switch to cleaner fuels and banned use of coal in the region. Even though, other dirty fuels like biomass and metallurgical coke are permitted in the national capital.

As school-going children of the national capital continue to breathe toxic air throughout the year, questions are now being raised on the efficiency of the Commission for Air Quality Management’s Graded Response Action Plan (GRAP).

The stage III of the Graded Response Action Plan, which is currently in place, and includes a ban on non-essential construction and demolition work, was lifted after the air pollution in Delhi-NCR improved.

The Centre’s air quality panel, in a January 4 order, relaxed the stringent restrictions citing the forecast by the India Meteorological Department and the Indian Institute of Tropical Meteorology.

Experts say that while the ban on coal is a welcome move, the government should look at a regional clean-up of the national capital. This would require giving benefits to industries to switch to natural gas.