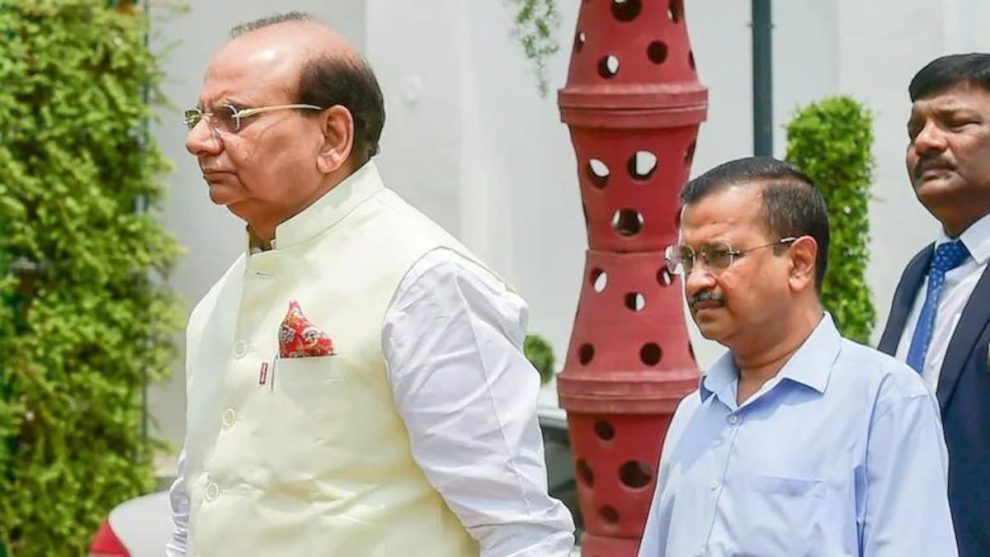 Lieutenant Governor Vinai Kumar Saxena asked the chief secretary to question the Aam Aadmi Party-led government’s ‘irregularities and discrepancies’ in the power subsidy given by the Delhi government to BSES discoms. L-G Saxena has sought a report on the alleged irregularity in seven days.

L-G Secretariat has claimed that a complaint was received against Jasmine Shah, who is the chairman of the Delhi Dialogue Commission, and Naveen Gupta, the son of AAP Rajya Sabha MP ND Gupta.

The Delhi governor has questioned why the Delhi Electricity Regulatory Commission (DERC) order dated February 19, 2018, directing the Government of National Capital Territory of Delhi (GNCTD) to pay electricity subsidies to consumers through DBT, has not been implemented till now.

The order had inter alia stated that the GNCTD may consider transferring power subsidies to the beneficiaries as is already being done by the government in the matter of distribution of LPG subsidies. This, the DERC has said, will obviate the need for conducting any audit.

The L-G Secretariat received a complaint raising several issues of impropriety and discrepancies in the power subsidy matter. The complainant has alleged that a massive scam was effected by Jasmine Shah and Naveen Gupta and that the Kejriwal government had appointed directors of private DISCOMS, BSES Rajdhani Power Ltd. (BRPL) & BSES Yamuna Power Ltd. (BYPL), owned by Anil Ambani Group. The Delhi government owns 49% shares in these private DISCOMS.

The complainants, a collective of eminent lawyers, jurists and law professionals, have alleged that in a classic case of corruption:

The AAP government in Delhi got into a deal with the BRPL and BYPL by way of agreeing to let them settle outstanding dues against future payments to be made to them by the government in the shape of subsidy reimbursements for supposedly free power that they provided to the consumers. This allegedly amounted to a sum of Rs. 11,550 crore being settled as reimbursements.
Unduly allowed the DISCOMS to charge Late Payment Surcharge (LPSC) at a rate of 18% from the people and pay the same at a rate of 12% to the Delhi Government-owned/run power generation Companies, in the process providing them with a windfall gain of Rs. 8,500 crore, at the cost of the state exchequer.
Meanwhile, AAP national convener and Delhi chief minister Arvind Kejriwal hit out at BJP and said that he would not allow a halt or stop to the flow of free electricity in the national capital. Moreover, in a poll vow, he said that Gujarat would experience the supply of free power from March 1, 2023, if the AAP formed a government in the poll-bound state.