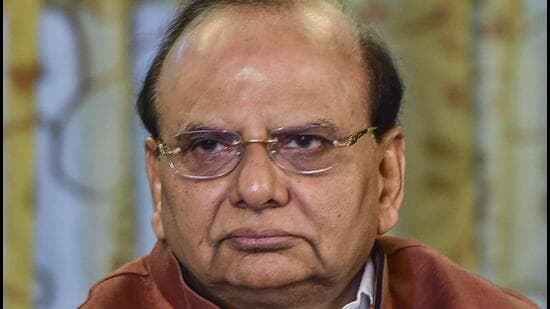 Rai, a 2007-batch IAS officer of the AGMUT (Arunachal Pradesh, Goa, Mizoram and Union Territories) cadre, is currently posted as a special secretary in the health and family welfare department of the Delhi government.

“Rai during his tenure as the vice-chairman of Delhi Agricultural Marketing Board (DAMB), virtually let off executive engineer PS Meena in two disproportionate asset cases — one involving Meena’s son and the other involving his wife,” officials in the LG office said.

They said the inquiry report was submitted to the home ministry by a retired IAS officer on January 29, 2021.

“The LG made this recommendation to the ministry of home affairs (MHA) on the basis of a substantiated recommendation made by the CBI in a matter where Udit Prakash allegedly took a bribe of ₹50 lakh for extending undue favours to an executive engineer, PS Meena, in DAMB, by diluting punishment against him in two cases of corruption,” an official from the LG office said, requesting anonymity.

‘If I had dimissed Sachin, Sehwag…’: Akhtar takes subtle dig at Waqar recalling IND vs PAK 2003 World Cup tie
MIUI Beta based on Android 13 available for Xiaomi 12 and 12 Pro