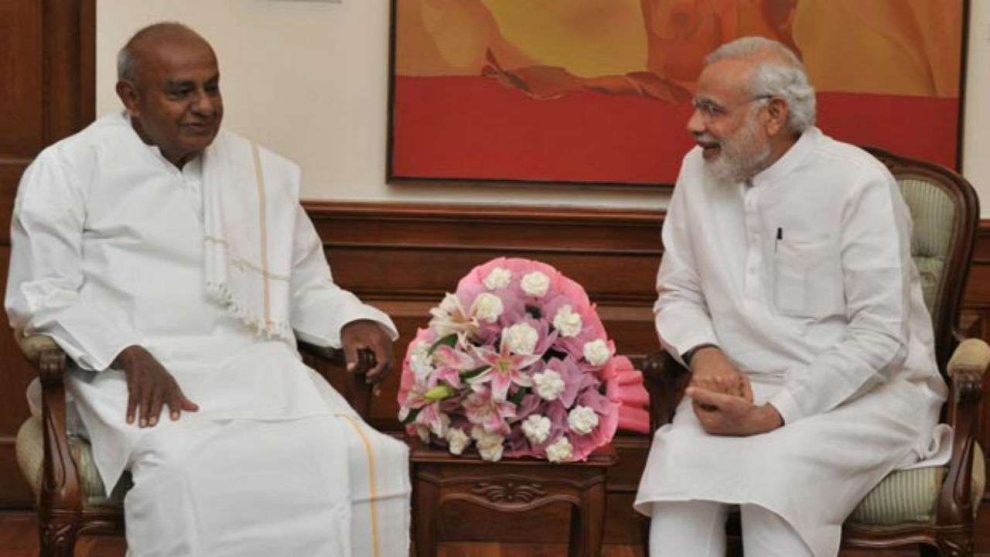 CM Ibrahim said, “In Karnataka, Devegowda is a bigger neta than Narendra Modi. People are saying it. What Modi is in Gujarat, Devegowda is in Karnataka. He’s a son of soil.”
He added, “JD(S) will come to power this time. Yediyurappa was not elected by the people. He bought MLAs to become CM.”

The comparison between Devegowda and Prime Minister Narendra Modi by the JD(S) chief comes days after both leaders met in Parliament to discuss issues concerning the development of Karnataka.

Devegowda submitted a memorandum to PM Modi on issues focusing on the Hassan Green Field airport project in Karnataka; allocation of waters of inter-state rivers Cauvery, Krishna, Mahadayi and inclusion of Kunchitiga as a sub-caste of Vokkaliga in the central list of Other Backward Caste (OBC).

Elections to the 224-member Karnataka Assembly are due in May.In 2018 polls, the BJP won 104 seats. However, its tally increased during the subsequent bypolls held following multiple defections.