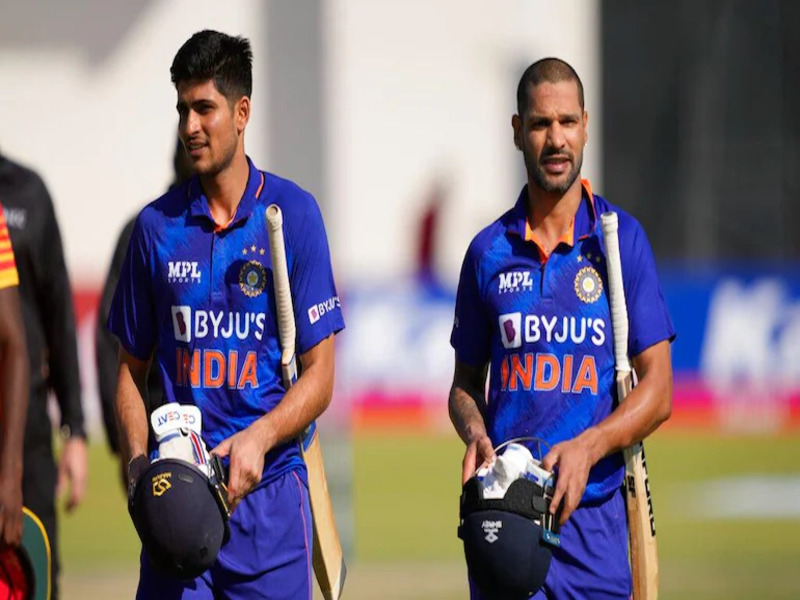 Deepak Chahar, Prasidh Krishna and Axar Patel took three wickets apiece to dismiss Zimbabwe for 189 before India chased it down without losing any wicket in the first ODI at Harare on Thursday. At no point during the match did India look troubled as openers Shikhar Dhawan (81 off 113) and Shubman Gill (82 off 72) overcame a tepid start before dealing in boundaries to finish off the chase with 115 balls to spare.

Zimbabwe looked out of depth when they slipped to 66/5 and then 110/8 but a ninth-wicket stand of 70 off 65 balls between Brad Evans and Richard Ngarava gave the small but boisterous Harare crowd something to cheer about till India ran away with the honours.

At the toss, KL Rahul said that he wanted to make the best use of conditions and hoped for some help from a greenish Harare pitch that had ample bounce. Returning to international cricket after a six-month injury-induced layoff, Chahar took some deliveries to get his rhythm right but once he got into his stride, Mohammad Siraj and he pretty much dictated the narrative.

Chahar gave the first two breakthroughs in successive overs, getting opener Innocent Kaia edge a pull behind while Tadiwanashe Marumani fished at an outswinger. In the ninth over, Sean Williams edged Siraj to first slip. And then, in the 11th over, Chahar got the ball to move in full and trap Wessley Madhevere plumb for leg-before. Sikandar Raza and Zimbabwe captain Regic Chakabva (35 off 51) then added 35 for the fifth wicket before Raza edged Krishna to Dhawan at slip.

Ryan Burl holed out to deep-backward square leg in the 21st over but Zimbabwe well and truly looked doomed for a score under 150 when Axar Patel removed Chakabva and Luke Jongwe in his successive overs. Ngarava and Evans (33* off 29) however took the fight to India, combining well to give their innings some sort of respectability. It also helped that their revival coincided with the time India were giving their spinners a long spell.

Kuldeep Yadav got hit for a six, as did Patel. With the field spread out, Zimbabwe managed to rotate the strike while getting the odd boundaries off slog sweeps and mistimed strokes. By the time Ngarava was bowled by Krishna for 34 (off 42), the hosts had crawled to 180. Patel took the last wicket as Zimbabwe folded for 189, 102 of those coming from the last six batters.

One hundred and eighty-nine was never going to be enough and Dhawan showed the way with a faint tickle off his thigh followed by a crunching square cut for two back-to-back boundaries. In the next over, Zimbabwe’s lack of experience showed when Victor Nyauchi conceded six wides. At the end of the innings, Zimbabwe had conceded 21 runs in wides only.

India didn’t have it all their way though. Ngarava and Nyauchi bowled decent lines in their opening spells, keeping India to just 43 in the first powerplay. But failure to dislodge the openers—Dhawan was dropped by Evans at square-leg in the 13th over—meant India could slowly shift gears. And since there was no hurry, both Gill and Dhawan took their time.

Dhawan was happy playing the anchor. And while Gill too was slow off the blocks, he opened up in the 14th over of the innings, bowled by Brad Evans, to hit three boundaries—through sweeper cover, the slip cordon before crunching him through cover point.

“I knew that once I was set, I would go after the bowlers,” said Dhawan at the post-match presentation ceremony. “I wanted to rotate the strike as well and then was to accelerate. My rhythm with Gill has settled nicely. The way he bats and times the ball is lovely to watch. He has shown the consistency in converting fifties into bigger fifties.”

From the 19th over, India were scoring at least one boundary every over to run away with the game in what ended as a comprehensive win. In his first game as captain since the South Africa tour, Rahul had picked Ishan Kishan to go along with Deepak Hooda and Sanju Samson but none of them were needed as Dhawan and Gill got India home with a clinical batting show, handing Rahul his first win as captain across all formats.

‘Dhoni would advice Kuldeep on what to bowl. But today, he wanted to protect himself’: Ex-India spinner makes huge claim
‘Sachin did exactly the same in his career when…’: Jadeja spots striking similarity between India opener and Tendulkar