'Dhoni would advice Kuldeep on what to bowl. But today, he wanted to protect himself': Ex-India spinner makes huge claim - Govt.in - Telling the truth- always! 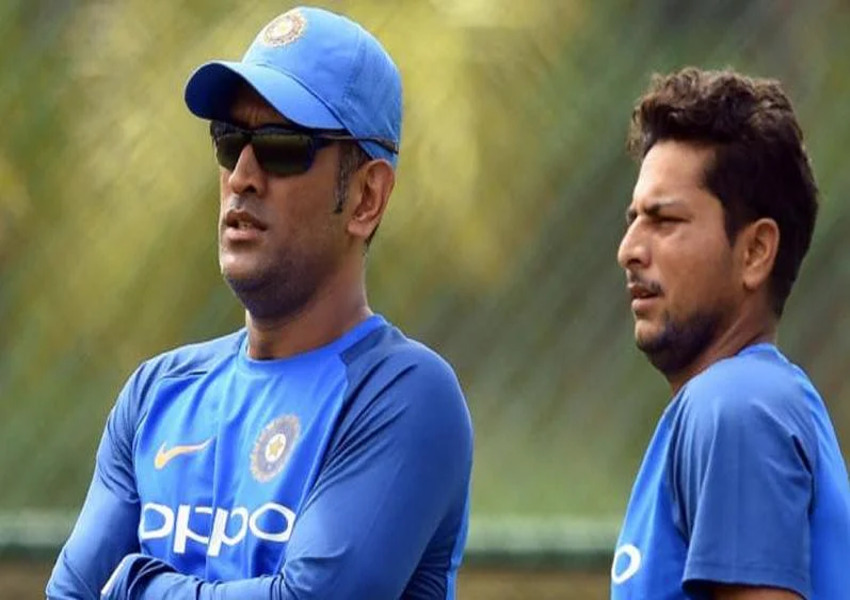 Team India registered an emphatic 10-wicket victory over Zimbabwe in the first ODI of the series in Harare. Chasing 190 runs to win, Shubman Gill (82*) and Shikhar Dhawan (81*) remained unbeaten as India reached the target with 19.1 overs remaining. The match saw the return of Deepak Chahar, who impressed with his opening three wickets and picked the player of the match award; KL Rahul also made a comeback to the side after nearly six months, as he led the side to win.

Among those already a part of Indian team in their previous tours, Kuldeep Yadav got an opportunity in the XI and even as he returned wicketless, the left-arm spinner bowled a tidy spell, conceding only 36 runs in ten overs.

However, former India spinner Laxman Sivaramakrishnan believes that Kuldeep wanted to “protect himself,” while further adding that it would be harsh to blame him as he didn’t receive many opportunities in the past. Speaking about Kuldeep in detail in ‘School of Cricket’ on Sony SIX, Sivaramakrishnan also touched upon the difference in Kuldeep Yadav while playing with former captain MS Dhoni behind the wickets.

“Wicketkeeper would be an ideal person to tell that. He should also be able to read the batsman. He can advice the bowler accordingly. Dhoni was not only a good reader of the game, he was also a good reader of the batsman. He would advice Kuldeep and Chahal on what to bowl. But today, the situation was different. He was making a comeback, he wanted to protect himself. He wanted to play all three matches. So he just bowled a tidy spell. But I just hope he sticks to one line, whether he bowls a googly or leg breaks. Get the batsman by surprise,” said the former India player.

India will take on Zimbabwe in the second ODI of the series on Saturday.