'Didn't expect RCB to bid for me because...': Karnataka all-rounder reacts to being picked by Bangalore in IPL Auction - Govt.in - Telling the truth- always! 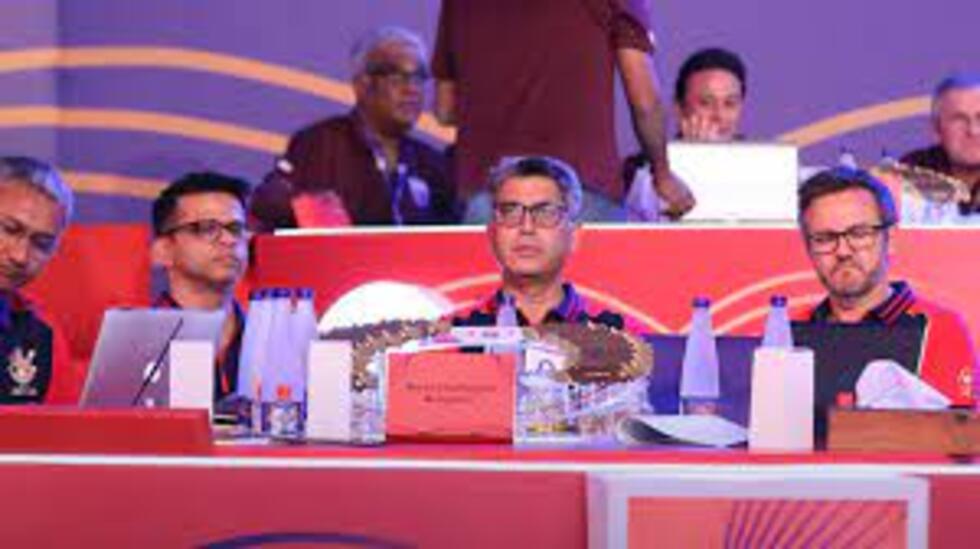 The Indian Premier League auction for the 2023 edition took place last month, with all franchises further bolstering their squads with key additions. While Sam Curran broke the record for the most expensive buy in auction – fetching INR 18.5 crore by Punjab Kings – Ben Stokes, Cameron Green, and Nicholas Pooran also fetched big money at the auction. As it was a mini auction, however, not many teams had the luxury of a big purse; one of them being Royal Challengers Bangalore.
The RCB came into the auction with INR 8.75 crore, having already retained a majority of its core from the 2022 edition. Bangalore’s highest buy at the 2023 auction was England batter Will Jacks, on whom the franchise spent INR 3.2 crore. RCB invested in adding more Indian players to their roster and one of them was Karnataka’s 24-year-old all-rounder Manoj Bhandage.
‘Going to be an uphill task’: Dinesh Karthik makes grim prediction on India’s chances in race for WTC final
The player will be having his maiden stint in the IPL; he has represented Karnataka in 10 List A and 16 T20 matches so far. However, Bhandage didn’t expect RCB to even make a bid for him.
“In modern-day cricket, any tournament I played, whichever match I participated in, scouts would come. I did well in front of them, I got a few calls from franchises and I attended those trials. I got a call from RCB to attend the camp as well but I couldn’t because I picked up an injury during the Maharaja Trophy and couldn’t recover,” Bhandage revealed in an interview with Sportskeeda.
“I didn’t expect that RCB will pick me because I hadn’t gone for the trials. I had expected other teams to bid for me but RCB bid for me so it’s great that I am getting a chance to play for them,” said the 24-year-old.
RCB are among the four teams in the tournament (other being Punjab Kings, Delhi Capitals, and Lucknow Super Giants) to yet win an IPL title. Last year, the side saw a change in captaincy with South Africa’s Faf du Plessis taking over the leadership role.
(Except for the headline, this story has not been edited by GOVT.in staff and is published from a syndicated feed.)