‘Didn’t wake up thinking I'd be doing a press meet so early': SAa captain Elgar takes another dig at England's batting - Govt.in - Telling the truth- always! 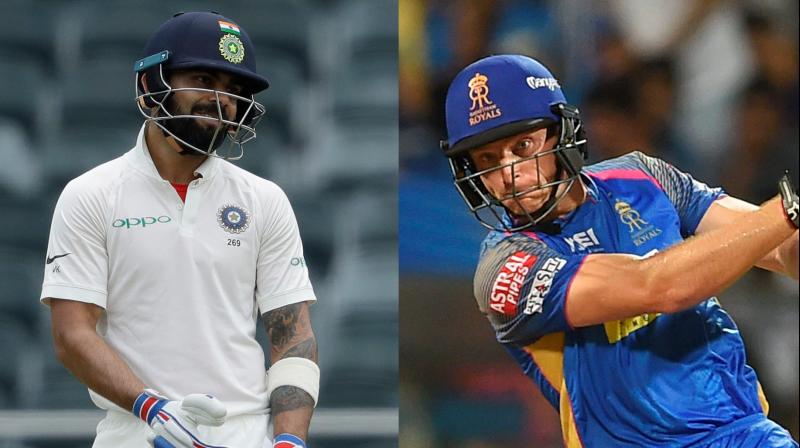 South Africa captain Dean Elgar is a journalist’s delight. For there are hardly any shortages of headline-worthy statements when the left-hander is attending a press meet. He was pretty straightforward when referring to Test cricket as after Bangladesh had complained of excessive sledging. He  who opted for a much more lucrative IPL rather than playing a Test match for their country. Elgar’s England might end up with ‘eggs on their faces’ comment on Bazball just before the start of the three-Test series set up the tone perfectly. Therefore, there was a lot of anticipation as to what the South Africa captain would say after walking the talk with in the first Test at Lord’s. Elgar didn’t disappoint.

I did not wake up this morning thinking that I’d be doing a press conference before five o’clock,” he joked referring to the quick finish of the Test match in just more than six sessions.

South Africa began the day on 289-7 in response to England’s first innings tally of 165 and went on to score 326 for a handsome 161-run lead. They then bowled England out in less than 37.4 overs for 149 to wrap up the test victory before the Tea interval.

“It was a pretty special squad performance. We haven’t left any stone unturned so far and hopefully we don’t go into a comfort zone … no, well – I’m definitely not going to let us go into a comfort zone, because I know what complacency can do in international sport. But we need to enjoy these moments, we did it at a really unique place and it’s special for a lot of guys that haven’t experienced Lord’s before,” Elgar said.

Kagiso Rabada and Anrich Nortje shared 13 wickets between them in the Test match as England didn’t even bat 90 overs (both innings combined).

“Everything has been a work in progress since I’ve taken over the captaincy but I always felt the core of the group had the basic fundamentals to one day become a world-renowned test side,” he told a post-match news conference after Friday’s emphatic victory.

Elgar said the players had grown in experience over the last 18 months into a winning collective. They have won eight of 10 tests since he took over against the West Indies, India, New Zealand and Bangladesh.

“They’ve put the individual stuff aside and actually focused on the team. I’d like to think what we’ve laid down as a foundation has been pretty true and pretty solid. Our team goals are not unrealistic but pretty achievable. We are a special bunch and we play bloody good cricket when we’re doing well,” he said.

Elgar hailed the batting as “pretty sturdy” but labelled the bowling attack, led by Kagiso Rabada and Anrich Nortje and with a surprise haul of wickets for spinner Keshjav Maharaj, as “brilliant”.