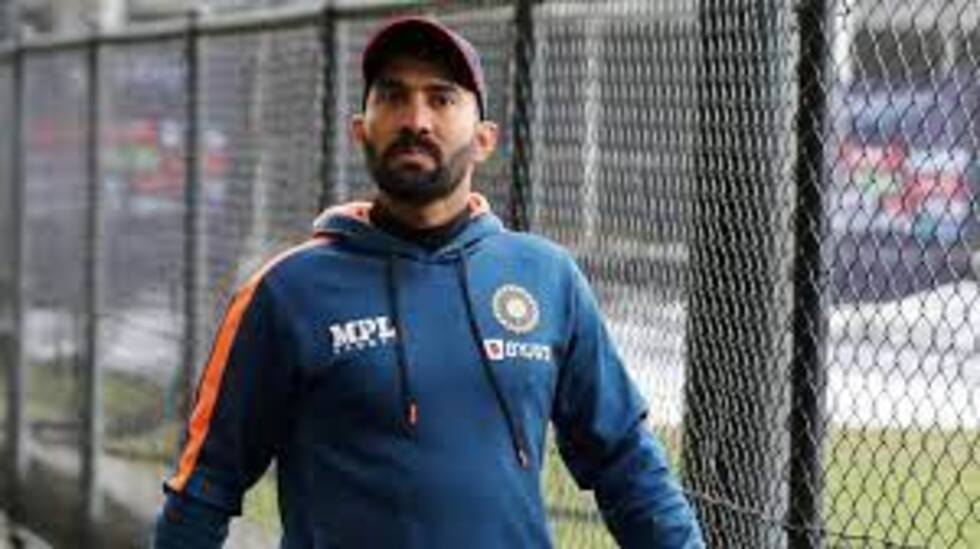 Tamil Nadu batter Narayan Jagadeesan on Monday created a new world record as he went to smash five consecutives tons, the most by any cricketer till date. In the process, he overtook Sri Lanka legend Kumar Sangakkara, who had scored four consecutive tons during the 2015 World Cup.
Jagadeesan achieved the feat during Tamil Nadu’s match against Arunachal Pradesh at the ongoing Vijay Hazare Trophy. He scored a staggering 271 off just 141 balls, while his opening partner Sai Sudharsan slammed 154 off 102 deliveries to help Tamil Nadu pile an enormous 506/2 in 50 overs.
‘He’s everywhere’: Virat Kohli’s epic Instagram story about MS Dhoni sets internet ablaze
Tamil Nadu’s regular captain Dinesh Karthik, who is not playing the Vijay Hazare Trophy, in a series of tweets congratulated Jagadeesan for his record-breaking feat, but posed a serious question about the current format.
He wondered if having a team from the northeast play against elite opponent in the league stages made sense. He justified his point by highlighting how these matches topple the run rate of teams, and singled out how it affects the others if their matches get washed out.
“WORLD RECORD alert! What an amazing effort by @Jagadeesan_200. Couldn’t be happier for him. Big things await #5outta5
“Sai Sudarshan what an amazing tournament so far. This opening combo is killing it. Well done boys @TNCACricket #VijayHazareTrophy,” his first tweet read.
Karthik added: “Also on another side note. Does it make sense to have the north east teams play the elite teams in the league phase. It just topples the run rates of teams and imagine if a match against one of these teams gets rained off! Can’t they have a separate group and then qualify?”
The Vijay Hazare tournament features a round-robin format, which is followed by playoffs. A total of 38 teams, divided in five elite groups, take part in the competition.
‘In Pakistan, this social media generation calls me a match-fixer. But in India, my name pops up when they…’: Akram
Every group has at least from the northeast region. So far none of the northeast teams have won a single match at the ongoing edition and are languishing at the bottom of their respective groups. Arunachal, which is pooled in Elite Group C, have so far played four matches and have lost them all. The match against Tamil Nadu, who are at top of the table in their group, is underway and Arunachal have lost half their side with 48 on the board in 15 overs. They need another 459 runs to win in the next 35 overs, which looks too demanding at the moment.
(Except for the headline, this story has not been edited by GOVT.in staff and is published from a syndicated feed.)