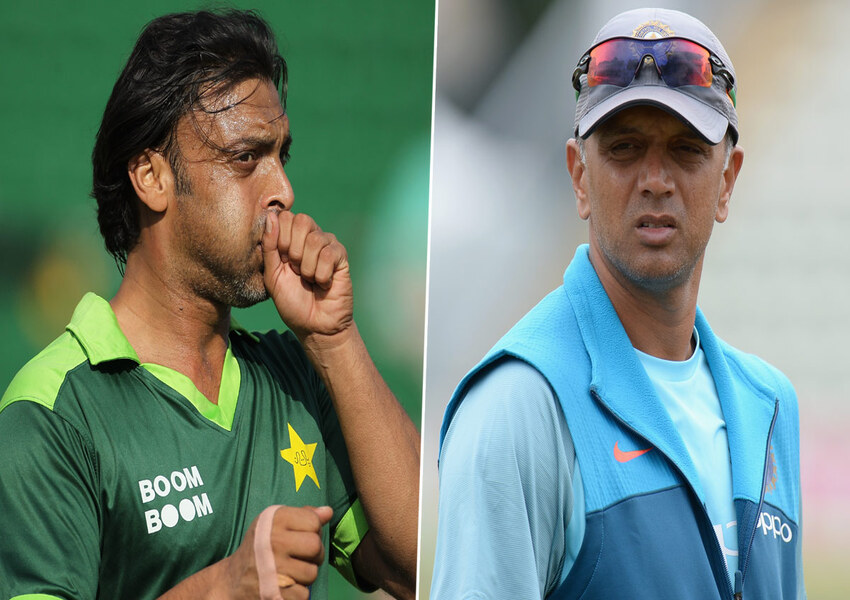 There cannot be two more contrasting personalities than Shoaib Akhtar and  Rahul Dravid . One is calm and composed, while the other wears his heart on his sleeves and does not back down from expressing himself. So rest assured, everytime the two crossed paths, it made for a unique experience. Akhtar and Dravid, during their playing days have engaged in several duels with the former Pakistan pacer once admitting that The Wall was the toughest batter he has ever bowled to. Most of the times their battles were low-key affairs but there have been occasions when tempers have flared between the two.

The heated exchange between Dravid and Akhtar at the 2004 Champions Trophy is famous. But there was one more incident between the two as revealed by Akhtar which really riled up the former India captain. Known as the ‘Rawalpindi Express’, Akhtar did not mention which game it was but going by his description, it could possibly be the fifth ODI between India and Pakistan from the 2004 series, when Dravid had a go at Akhtar after an action from Mohammad Kaif had made the former Pakistan speedster unhappy.

“It was the first time I saw this gentleman of cricket behave… in that match, he wanted to have a word with me. We ran into each other and we collided. Before that, as I ran in to bowl, and before I took my jump, Mohammad Kaif moved away. I did not say anything to him but I was very angry. So, I got him and Yuvraj out,” Akhtar said in a video posted by Star Sports.

“We were close to winning that game, and Rahul Dravid ran into me. I told him you run on your side and I will run on mine. Rahul got flared up. I told him ‘Rahul, why are you getting so aggressive? I know the climate is changing but the thing is I can’t understand that tu bhi ladh sakta hai (you too can fight).”

India’s 2004 tour of Pakistan was historic in a lot of ways. It was the first time that India were touring their neighbours since 1989 and the first India vs Pakistan cricket assignment since the 2003 World Cup. Akhtar mentioned that after his forgettable outing in Centurion – 1/72 from 10 overs – he knew he wanted to make a mark in that series. Akhtar ended up picking nine wickets in five ODIs.

“But it was a one-off thing. Rahul is a gentleman. But coming back to the match, I had bowled really fast in that spell. I made sure that after 2003 WC, I left an impact on the Indian team. It was always in my mind to bowl fast after the 2003 World Cup,” he added.