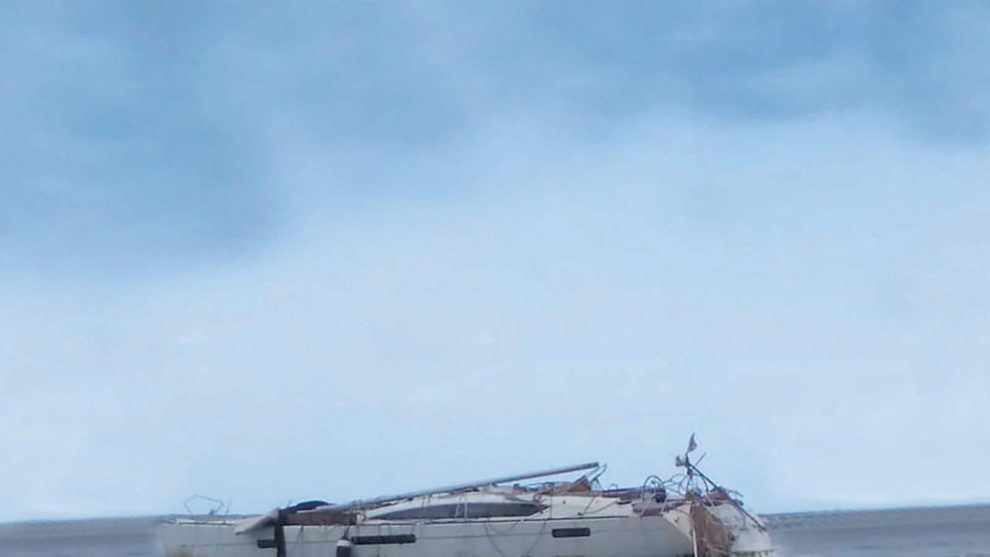 Mumbai News : A day after three assault rifles and live ammunition were seized from a yacht that drifted to the Harihareshwar beach in Raigad district, the Maharashtra Anti-Terrorism Squad (ATS) on Friday registered a case under the Arms Act.

Three AK 56 assault rifles with collapsible stocks and boxes containing around 200 live rounds of ammunition were recovered from a crate in MY Lady Han, which had been drifting in the Arabian Sea since July 27 after it was abandoned off the coast of Oman due to inclement weather.

The Maharashtra Anti-Terrorism Squad (ATS) registered a First Information Report (FIR) against unidentified persons under sections 7 and 25 of the Act, both of which deal with acquisition or possession, or of manufacture or sale of prohibited arms or prohibited ammunition. The Navi Mumbai unit of the ATS will handle further investigation.

Additional Director General (ADG) of police Kulwant Kumar Sarangal said that a decision to register a First Information Report was taken on Thursday. “The arsenal is technically unclaimed and illegal on Indian land, and hence, an FIR will need to be registered under the Arms Act. The owners of the items can approach the court concerned to reclaim it,” Sarangal said.

Vineet Agrawal ADG, Maharashtra ATS, confirmed that the FIR had been registered but declined to comment any further

The vessel hit the Maharashtra coastline on the morning of August 18. Following the discovery of the crate, a high alert was sounded and several authorities, including the Indian Coast Guard and the ATS began to probe a possible terror angle. On Wednesday evening, Neptune P2P, a maritime security company contracted to transport the ammunition clarified that the yacht had suffered an engine failure near Oman and while the crew and its captain, James Hobert, were rescued, the vessel could not be towed due to choppy waters.

The yacht had set sail from Mina Jebel Ali Marina, UAE on June 6, with its cargo and security personnel on board as it was going to pass through the designated High-Risk Area (HRA) for piracy in the Indian Ocean, Gulf of Aden and Southern Red Sea. It hit stormy weather on June 9 and took shelter off Muscat, Oman till June 23, when it made another failed attempt at transit.

On July 26, the yacht lost power and started taking on water. While its captain was moved to a container vessel due to failing health, the rest of the crew was rescued by the Korean Navy warship ROKS Dae Jo-yeong. A day later, the captain of the warship decided to abandon the yacht, as rough waters snapped the towing line.
(Except for the headline, this story has not been edited by GOVT.in staff and is published from a syndicated feed.)