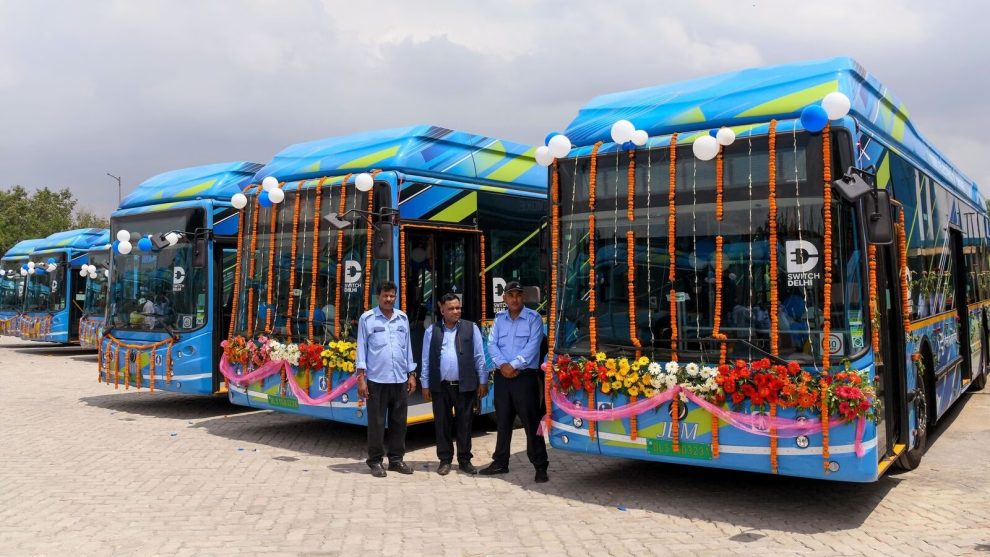 As many as 50 electric buses were launched in Delhi with support under the FAME India Phase II scheme of the Ministry of Heavy Industries, informed the government on Monday.

In 2019, the government approved Rs. 10,000 crore for a period of three years. Out of total budgetary support, about 86 percent of the fund has been allocated for incentives so as to create demand for electric vehicles.

Union minister for heavy industries Mahendra Nath Pandey said the government placed orders for 3,538 electric buses. Out of those, a total of 1,716 buses have been deployed so far.

Pandey stated that for the Union Territory of Delhi 400 Electric Buses — 300 to Delhi Transport Corporation (DTC) for intra-city operations and 100 to Delhi Metro Rail Corporation (DMRC) for last Mile connectivity — were sanctioned in August 2019.

“The supply orders were to be placed by January 15, 2020. DMRC issued a supply order in December 2019 to the successful Bidders whereas Delhi Transport Corporation (DTC) could only issue a supply order in March 2021. To facilitate DTC, MHI extended the last date of the supply order by DTC March 31, 2021, as a special case for providing a pollution-free world-class transit system to Delhi,” according to the Ministry of Heavy Industries.

With the launch of the 50 buses today, the commitment to providing 300 electric buses to DTC has been fulfilled, the ministry said.

Earlier this year, the Delhi government approved the induction of 1,500 low-floor electric buses in its public transportation fleet. Initially, the DTC decided to allocate 10 sites to various agencies for setting up Electric Vehicle (EV) charging stations and battery swapping stations.