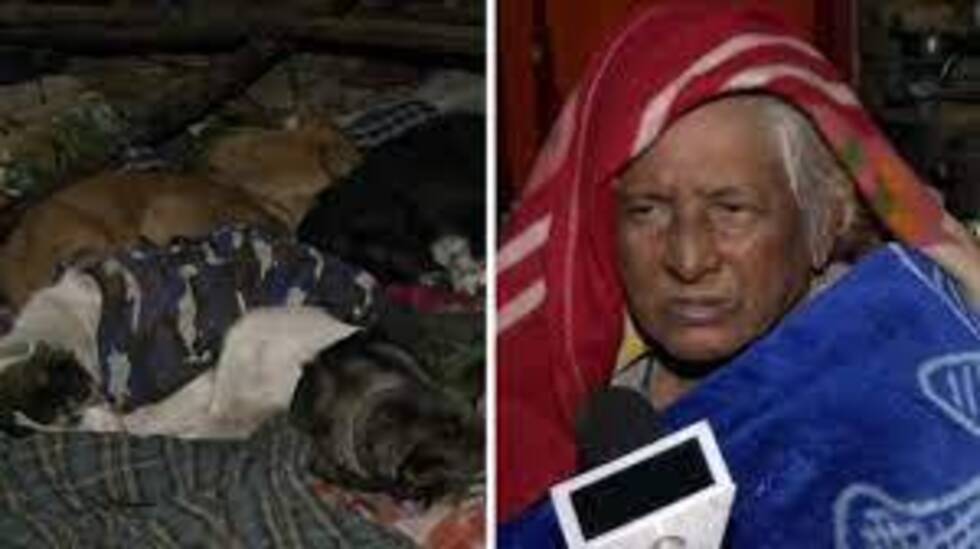 An octogenarian woman, who takes care of around 250–300 stray dogs alleged that Municipal Corporation of Delhi (MCD) workers razed her jhuggi, shop, and makeshift shelter for the canines.

Pratima Devi, 80, a dog lover, has been taking care of stray dogs in Delhi’s Saket area for several years.

“MCD workers demolished my jhuggi and shop. They took away my belongings and also beat my dogs. I have at least 250–300 dogs. I am sitting under the tree now with my dogs,” ANI quoted Pratima Devi as saying.

She said that she would take care of the dogs as long as she lives. “Since morning, the dogs have not been fed. I came to Delhi in 1984. Since then, I have been taking care of dogs. I am 80 years old now. I do not have the physical strength to move around or look for work. I want to stay here and take care of these dogs for as long as I live,” Pratima Devi added.

Earlier in 2017, she alleged that MCD razed her makeshift shelter for dogs.

DOG MENANCE IN DELHI-NCR
Amid an increase in reports of attacks on locals by pet dogs, civic bodies in Delhi and its neighbouring cities, including Gurugram, Noida, and Ghaziabad, are taking action to combat the upsurge in these attacks. Several housing complexes have warned residents against feeding stray dogs and imposed hefty fines for non-compliance with the rules.

Taking note of the spike in such cases, the Municipal Corporation of Delhi (MCD) has asked residents to get their pets registered and warned that action could be taken for non-compliance with the norm.