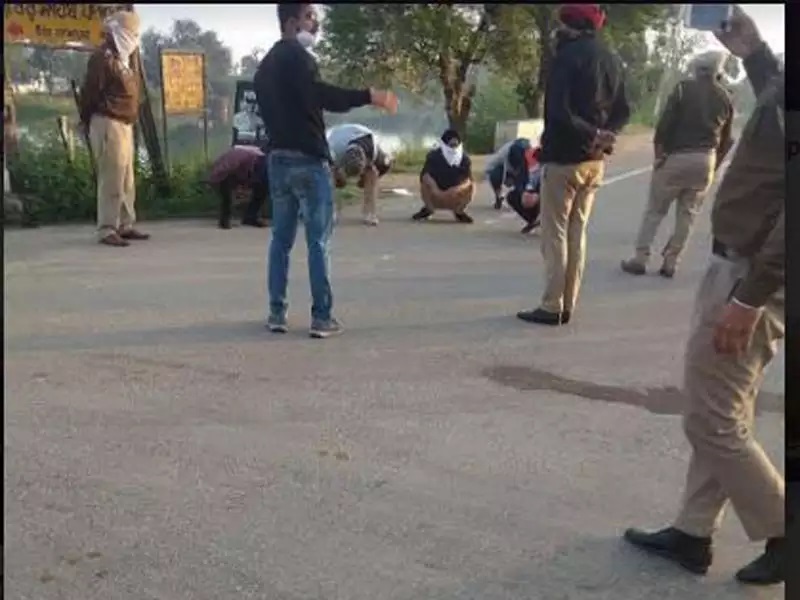 NEW DELHI: Situps in the middle of the road, posters calling them ‘enemies of the state’ and a thousand-odd FIRs — this is what those not sticking to the Covid-19 lockdown in UP, Punjab, Rajasthan, Haryana, Jammu and Kashmir faced.
In just two days since the lockdown was enforced in these states — it was extended to the entire country for the following three weeks on Tuesday night — 1,300 FIRs were filed under Section 188 of the IPC, which penalises disobedience to an order by a public servant, and The Epidemic Diseases Act, 1897, which grants special powers to state governments in case of an outbreak.
In UP alone, 350 ‘violators’ have been booked. “We are trying to book as many violations as possible. In some cases, we are issuing challans for traffic violations,” said UP ADGP (law and order) PV Ramasastry.

The lockdown effectively means public transport has been restricted, movement for non-essential services or non-emergencies stopped and state or district borders shut. Those out for a purpose not considered emergency or essential are seen as violators.
But there was more to enforcement than filing complaints — public shaming. Between Monday and Tuesday, 1,150 ‘lockdown violators’ in the five states were made to pose with posters that called them enemies of the state. “ Main samaj ka dushman hoon, main ghar par nahin rahoonga (I am an enemy of the society, I will not stay home),” said one poster.

In Punjab, police asked lockdown violators to do situps. “Remember the name of Tarn Taran SSP Dhruv Dahiya. Bahut sakht SSP hai (He has a firm hand). Remember 188 IPC now,” a policeman told three such violators who were found driving on a Tarn Taran street in a video that has gone viral.
In Jammu and Kashmir, which has been under a lockdown of its own for seven months now, the administration has been monitoring the movement of people. “Team lead by colleague Mr Masarat Hashim KAS and involving brilliant professionals tracked more than 65 people who returned from affected countries skipping screening & changing routes. Amazing job. Srinagar thankful to all for inputs. #BreakTheChain,” Srinagar deputy commissioner Shahid Choudhary tweeted on Monday night.

Earlier that day, he had warned against organisations issuing “movement passes” that claimed to grant exemptions from the prohibitory orders in place. “Such authorities or persons shall be booked under 188 IPC,” he tweeted.