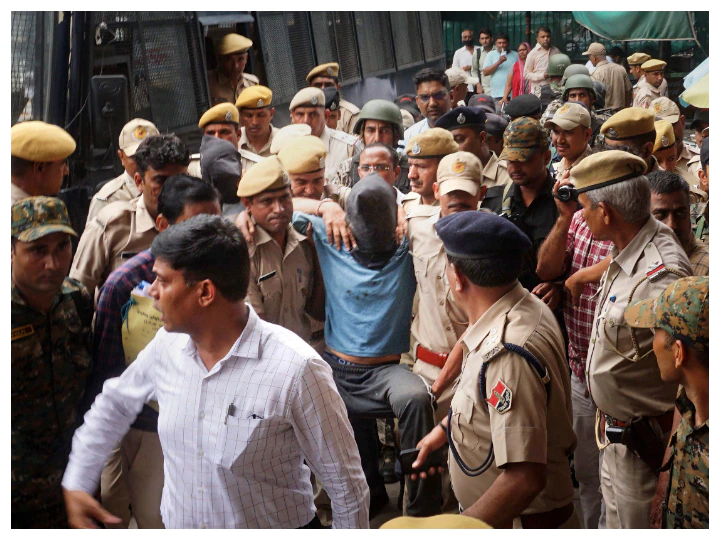 A disturbing video purportedly showing one of the alleged murderers of Kanhaiya Lal getting assaulted has gone viral on social media. The video shows a man tied up and being held onto a cot by another man. Two other men were seen whipping and beating the former.

No one’s face is visible in the video. Only the sounds of a man crying in pain can be heard aside from the sound of the blows.

AFWA’s investigation found that this video had nothing to do with Kanhaiya Lal’s killers at all. The video is at least four years old and allegedly shows custodial violence in Pakistan.

We reverse-searched grabs from the video on the Russian search engine Yandex, which led us to multiple YouTube videos. Some of these videos claimed that following the 2019 terrorist attack in Pulwama, Jammu and Kashmir, this is how the Indian Army interrogated a suspect. On February 14, 2019, a convoy of vehicles carrying Indian security personnel was attacked by a suicide bomber in a vehicle in the Pulwama district. The attack killed 40 Indian CRPF personnel.

Given that the videos were shared as early as February 2019, it’s clear that they had nothing to do with the alleged killers of Kanhaiya Lal. Around the 16 seconds mark of the viral video, we were able to spot what looked like the Pakistani flag on the uniform of the man seeing holding the victim down. When we compared it with Pakistan’s flag on their army outfit, it became clear that the men in the video are likely Pakistani soldiers.